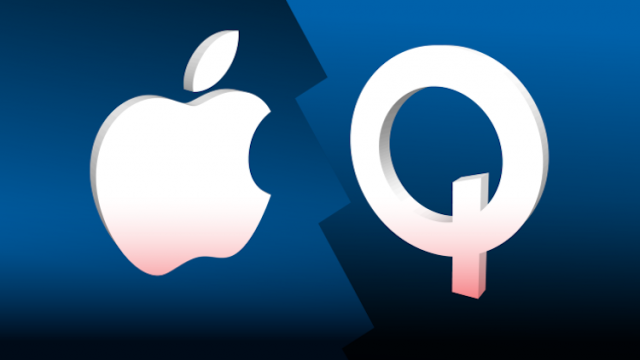 Apple is always criticized for overpricing its iPhones, but did you know that one of the reasons why Apple is charging so much for an iPhone is because it has to pay royalties to Qualcomm? Apple and Qualcomm have been involved in a decade-long dispute about license and Apple teamed up with the Federal Trade Commission to file separate, but similar legal complaints against Qualcomm. The Federal Trade Commission is now at trial with Qualcomm and Jeff Williams who is Apple’s COO is testifying against Qualcomm.

The reason why we are talking about the dispute between Apple and Qualcomm today is because Apple has finally decided to show how much money it has been paying Qualcomm in royalties for the last couple of years.

How Much Money Does Qualcomm Make in Apple Royalties?

Apple is now paying $7.50 per device to Qualcomm. If you think this is a crazy amount, then you should know that Apple initially agreed to $1.50 per device, but what Apple didn’t know was that Qualcomm changes its royalties rates based on the value of the full device and not only the CPU or model that Apple is using.

Apple stated that it has tried to make a deal with Qualcomm in order to get a license, but the chip maker doesn’t want to cut a deal with Apple. Instead of offering Apple a license, Qualcomm gives the license to contract manufacturers who end up working with Apple. This is bad for Apple because the contract manufacturers don’t negotiate on the price.

All contract manufacturers who were given a license by Qualcomm had to pay the chip maker 5% for every iPhone that they made which amounts between $12 and $20 per device. Now, this makes it clear why Apple was more than ready to take Qualcomm to court.