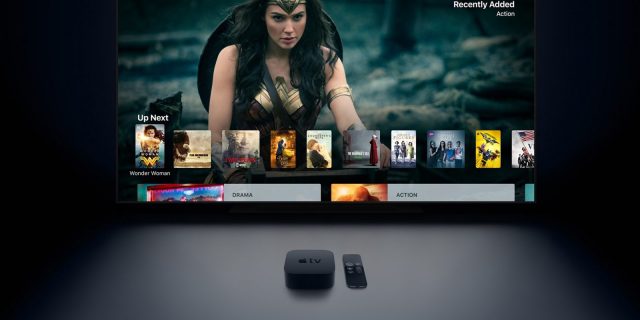 Apps like Netflix have changed the entertainment industry and there is no doubt about that. No one needs to sit through hours of commercials before their favorite show comes on cable TV when they can simply stream anything they want via Netflix, HBO Go, Amazon Prime and so on. Apple is always looking to innovate the world in terms of technology and it has now set its sights on video streaming.

The Cupertino based tech giant has already announced that it’s going to launch a new Apple TV Plus subscription service in the Spring of 2020. Not just that, but Apple has also gathered famous content creators and talented directors to shoot exclusive movies and documentaries for the new platform. On the downside of things, Apple never revealed the exact release date and subscription cost for Apple TV Plus.

The folks at Bloomberg have reported yesterday that Apple has changed its mind about the launch date of Apple TV Plus and that it will no longer wait until Spring and instead, the new video streaming service is going to launch in November. Not just that, but according to Bloomberg Apple is going to charge $10 per month.

Since Apple TV Plus will be new, Apple fans shouldn’t be surprised to find out that there won’t be that much content to watch during the first months. Apple TV Plus will start off with a handful of movies and other original shows but the list will keep expanding during the upcoming months. In addition, we believe that Apple is going to offer a free trial for Apple TV Plus.

The last thing that we want to mention about Apple TV Plus is that Apple has spent somewhere around $2 billion on it. This means that Apple is surely going to provide subscribers with a premium user experience and continuously expanding content slate.