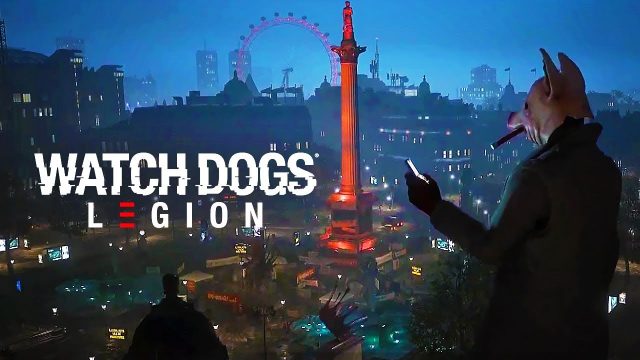 Ubisoft revealed the original trailer for Watch Dogs: Legion earlier this year during E3 2019 and fans loved it! The game looked amazing and it promised fun and entertaining gameplay mechanics. Fortunately, Ubisoft has decided to join Gamescom 2019 and it revealed another trailer for Watch Dogs: Legion that showcases new footage and character perks. We have linked the trailer down below so that everyone can check it out.

The highlight feature of Watch Dogs: Legion is that players can literally play as anyone they meet inside the game world. Well, this is exactly the feature that the newly revealed trailer showcases. Every character is going to have their special skills.

For example, one will be a brawler who loves to fight and the other one will be a lawyer who can help with legal problems. Ubisoft wants players to remember that “everyone is different” in the world of Watch Dogs: Legion.

How to Unlock Characters

Another interesting question that the new trailer for Watch Dogs: Legion answer is how players will be able to unlock characters? Obviously, players can pick and choose anyone they want to get in their time but the question is why would the characters simply join the player? The new trailer shows us that every character has their origin story and the player needs to complete a task for them so that they can be recruited.

Nonetheless, Watch Dogs: Legion looks amazing and there is no doubt about that. The potential for this game is massive and gamers from all over the highly anticipating the game’s launch. The game is scheduled to launch on March 6th for PC, PS4, Xbox One and more importantly, the new Google Stadia!