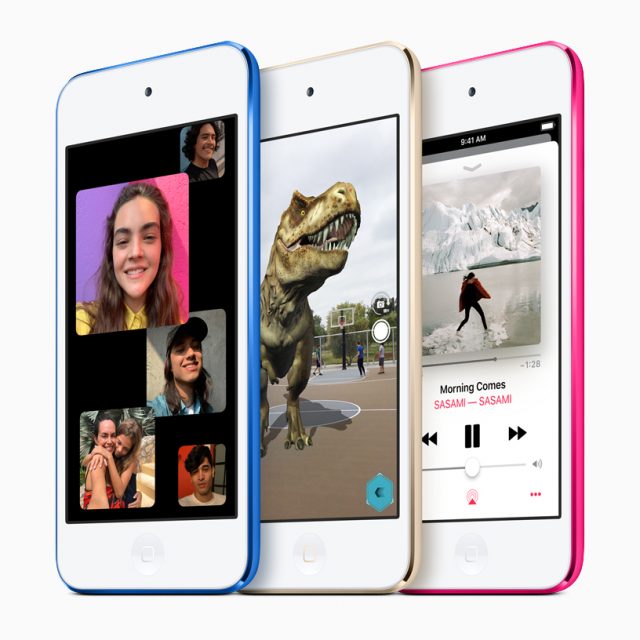 It’s been a long time since iPod fans have had anything to get excited about but luckily, the waiting is now over. Apple has announced earlier today that an updated and enhanced version of iPod Touch will be made available for purchase during the upcoming future. The new iPod Touch will be powered by the A10 Fusion chip which was initially used on iPhone 7 and iPod Touch will also feature a brand-new 256GB of internal storage space option.

“The Apple-designed A10 Fusion chip brings improved performance in games, and for the first time on iPod, immersive augmented reality (AR) experiences and Group FaceTime, making it easy to chat with family members, friends or colleagues simultaneously. The new iPod touch is available to order on apple.com and in the Apple Store app starting today and in stores later this week,” said Apple.

The new iPod Touch is going to be priced at $199 according to Apple’s Vice President of Product Marketing, Greg Joswiak. The Apple executive also made the following statement: “We’re making the most affordable iOS device even better with performance that is twice as fast as before, Group FaceTime and augmented reality”.

The fact that iPod Touch is going to feature Group FaceTime and support for augmented reality is surely going to give the iOS-powered device the upper hand over its competitors which surely lacks this type of powerful features.

Even though the new iPod Touch already has access to iTune and the App Store, things are going to get even better during the upcoming months when Apple’s highly anticipated Apple Arcade is going to launch. This is a subscription service that will feature more than 100 new and exclusive iOS games that iPod Touch users will be able to enjoy.