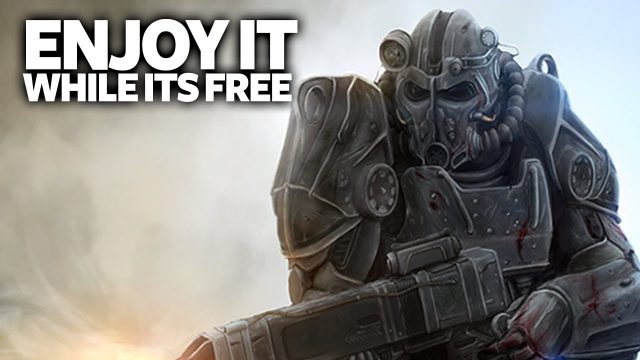 As everyone already knows by now, Fallout 76 was a mess. Bethesda has always been one of the most beloved companies in the gaming industry, but everything changed when Fallout 76 was launched. Bethesda failed to deliver on all its promises when it came to Fallout 76, but sadly, this isn’t the only bad thing that Bethesda did regarding Fallout 76.

Even though Bethesda charged a full price of $60 for Fallout 76, the game was far from being a finished product. Fallout 76 had and still has lots of game breaking bugs that can be found all over YouTube and Reddit. However, Bethesda is now trying to make up for that by giving free PC Fallout games to everyone who has bought Fallout 76.

“ANYONE who logged into the full release of #Fallout76 in 2018 will receive an entitlement for Fallout Classic Collection on PC. This applies to Xbox One and PS4 players, too. The entitlement is expected to go live in January,” said Bethesda over Twitter.

With that said, people who have bought a copy of Fallout 76 should be happy to know that they will be getting the Fallout Classic Collection. This bundle contains the original Fallout, Fallout 2 and Fallout Tactics.

However, these games are exclusive to PC and they can’t be played on the console. The Fallout Classic Collection is usually priced at $19.99, but now it’s available on sale for $5.99 Valve’s Steam Winter Sale.

Bethesda’s developers are tirelessly working on new updates that make Fallout 76 the game that it was originally supposed to be. However, until that happens Bethesda is trying to win the fanbase back by offering free PC games which are better than nothing.