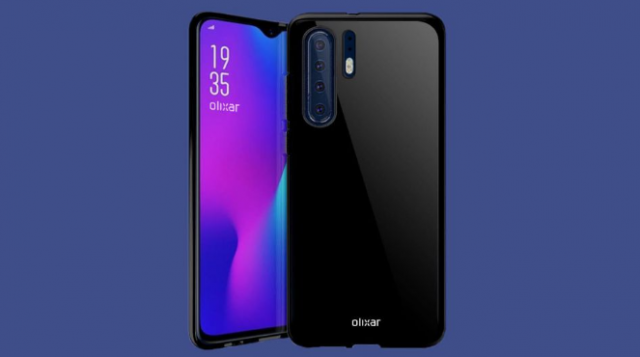 From the looks of it, 2019 is going to be a great year for Huawei fans. The Chinese based tech giant is planning to launch a bunch of new smartphones during the next year and to top it all off, Huawei will also refresh its flagship offering with P30 Pro. This smartphone is expected to ship with powerful hardware specs, lots of cool features and an innovative design. Fortunately for us and other Huawei fans, the official press render for the new smartphone has been leaked online.

As we can clearly see, the upcoming Huawei smartphone looks amazing. The design is spectacular and there’s no doubt about that. However, the feature that stands out the most about P30 Pro is the quad-camera setup. This makes it clear that P30 Pro will fit in the premium smartphone category and that it will probably feature an expensive price tag. With that said, let’s check out everything there is to know about this quad-camera setup.

Smartphones are becoming more camera centric with each year and P30 Pro is the perfect example of that. The new Huawei flagship is going to be equipped with four cameras and one of them will feature 3x optical zoom (without a retractable lens).

According to multiple rumors, P30 Pro’s cameras will be able to zoom up to 10X which is super impressive! To make things even better, P30 Pro will use AI technology in order to enhance the quality of pictures that it snaps.

Even though we might not have that much information about P30 Pro’s hardware specs and features, no one can deny the fact that P30 Pro is shaping up to become one of the most powerful smartphones to launch in 2019. Let’s hope that Huawei decides to launch it during the upcoming future so that we won’t have to wait that long in order to see P30 Pro in its full glory.