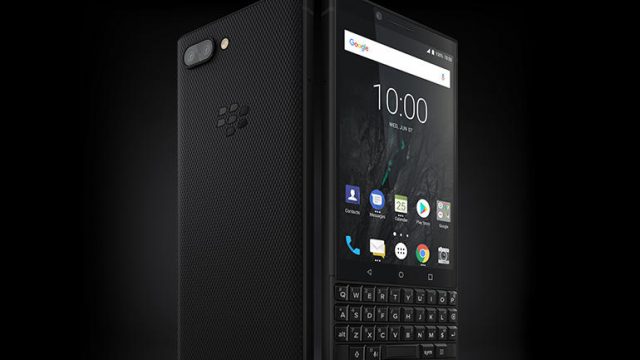 Even though it’s been a long time since BlackBerry was considered one of the world’s biggest smartphone manufacturers, BlackBerry is not ready to give up yet. The tech giant has recently launched BlackBerry KEY2 in Europe and the smartphone is now getting its first update. The update sports the ABM374 build number and it’s currently rolling out in North America. With that said, today we are going to cover everything there is to know about the latest update.

As previously mentioned, the new update is currently available only to BlackBerry KEY2 users who live in North America. However, the update is surely going to arrive in Europe during the upcoming weeks.

Nonetheless, this is a small maintenance update that improves the user experience of the smartphone by adding bug fixes, software tweaks and updated square icons from Google.

How to Get the Update

BlackBerry is rolling out the update OTA (over the air) which means that BlackBerry KEY2 users should keep a close eye on their notifications panel because the update should pop up any minute now. However, the update can also be manually triggered by following the next steps: Settings – System – System Updates – Check For Updates.

BlackBerry KEY2 is a powerful smartphone that ships with a 4.5-inches IPS LCD display. The panel is coated in Corning Gorilla Glass 3 for added protection and it features a pixel density of 434 ppi. Leaving the display aside, the smartphone’s true power hides under the hood.

BlackBerry KEY2 is fueled by an octa-core Qualcomm Snapdragon 660 processor that clocks at 2.2GHz. Furthermore, the processor is paired with an Adreno 512 graphics processing unit and 6GB of RAM. The last thing that we need to mention about BlackBerry KEY2 is the fact that it is equipped with 64GB/128GB of internal storage space that can be expanded up to 256GB via microSD.