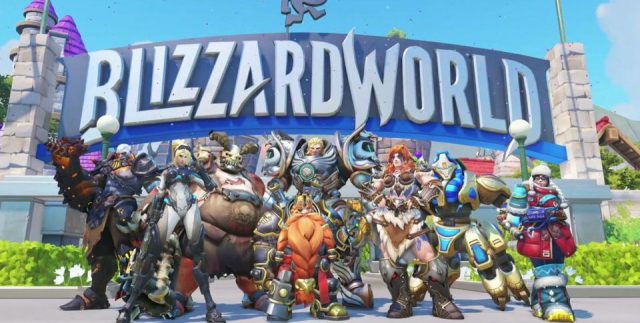 These past couple of days have not been that great for Blizzard in terms of PR (public relationships). It all started when Blizzard banned a Hearthstone player for speaking out about Hong Kong during a live stream. Millions of people got upset at Blizzard for banning the player and they vowed to never buy any Blizzard-made games again. Since the community is so upset, the game publisher decided to cancel its Overwatch on Switch launch party that was scheduled to take place in New York.

The launch of Blizzard’s Overwatch on Switch was going to be celebrated with a joyous party in New York but now, Blizzard has decided to cancel the event. We think that Blizzard made the right decision because the party would’ve surely turned out…let’s say interesting.

“Please be aware that the previously announced Overwatch launch event scheduled for Wednesday, 10/16 at NintendoNYC has been canceled by Blizzard. We apologize for any inconvenience this may cause,” tweeted Nintendo.

BlizzCon – What To Expect?

Even though Blizzard has canceled the Overwatch event, the game publisher will still have to deal with the community because the highly anticipated BlizzCon event is in two weeks. Last year’s BlizzCon was a total mess with Blizzard proving to everyone that they lost track of their community base which is on PC and announced a mobile version of Diablo. That was the first time that Blizzard got booed by the fans.

Since the last BlizzCon was so bad, the expectations for the 2019 edition are through the roof. Blizzard is expected to respond to the critics regarding the Hearthstone ban and to also announce new games and even a new expansion for World of Warcraft in order to make fans happy.