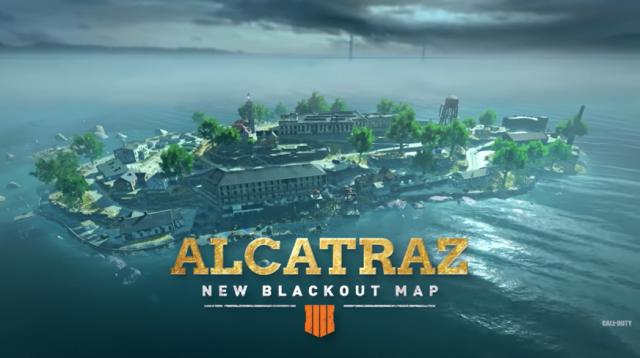 Treyarch announced that Call of Duty: Black Ops 4 is going to receive a new map for the Blackout Mode called Alcatraz. However, everyone thought that the game developer is simply trying to pull an April Fools joke and no one believed that the new map is actually going to be introduced. Well, it looks like this wasn’t an April Fools joke after all since Treyarch has released a short video teaser for the map and it looks amazing.

For those who are out of the loop with Call of Duty: Black Ops 4’s new Blackout mode, all that they need to know is that this is the Call of Duty version of the famous Battle Royale mode. The mode currently features a single map but this is going to change today.

“The new Blackout Alcatraz map is set in a fog-filled island boasting a variety of environments that all lead up to the big cellhouse atop the hill. Requiring new strategies and tactics, players will drop in, gear up and fight through both close-quarters combat and long-range exterior firefights as they battle to be the last squad standing,” said Treyarch about the new map.

Treyarch announced that the new map will be made available to play today (April 2nd) and to make things even better, the Blackout mode in Call of Duty: Black Ops 4 is going to be made free to play until April 30th. This is nearly a month of free playtime and we are advising everyone to give it a try in order to see what the gameplay feels like.

Making the game free to play for nearly one month is not characteristic to the Call of Duty franchise and we think that we need to thanks Apex Legends for this. Apex Legends is a free to play Battle Royale and the popularity of the game’s free format is forcing other game developers to follow it.