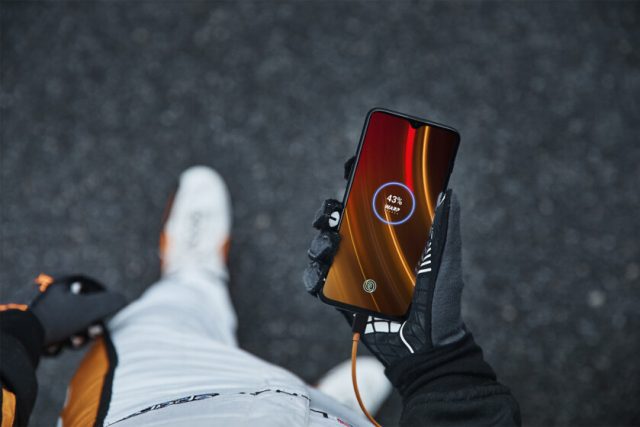 If you don’t think that the standard edition of OnePlus 6T is impressive enough, then you should be happy to know that the Chinese based tech giant has teamed up with none other than McLaren and launched a special version of the flagship smartphone. The new OnePlus 6T McLaren Edition has been announced today and the smartphone will cost $699. With that said, let’s check out what specs and features the new smartphone has to offer.

The new OnePlus 6T McLaren Edition will ship with a design that looks amazing. However, this is not the best thing about the new smartphone because what really matters are the improved hardware specs and features that it brings to the table.

OnePlus 6T McLaren Edition is equipped with 10GB of RAM and a 30-watt “Warp Charge30” adapter. OnePlus is claiming that the new charger can fill up the smartphone’s battery to 100% in 20 minutes. Now, this is impressive!

Even though OnePlus 6T McLaren Edition gets a big boost in terms of RAM power and battery charging speed, the smartphone is fueled by the same Snapdragon 845 processor as the standard model. Furthermore, the processor is paired with 256GB of internal storage space and a 3,700 mAh battery.

Just like the standard model of OnePlus 6T, the McLaren Edition will also ship without a headphone jack. However, this was to be expected since all other tech companies have given up on the headphone jack.

The smartphone looks great and there’s no doubt about it. The most important feature that OnePlus 6T McLaren Edition brings to the table is the “Warp Charge30” adapter which can charge the device to 100% in 20 minutes. Nonetheless, OnePlus and McLaren announced that the new smartphone will hit the markets on December 13th.