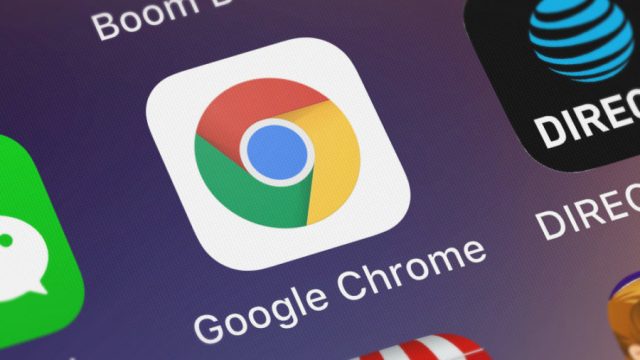 If you enjoy using Chrome in order to surf the web, then you know that one of the biggest advantages of using Google’s browser is the fact that it gets updated on a weekly basis with major improvements. The Android parent is always looking for new ways to take the performances of Chrome to the next level and in fact, a brand-new update has just been released. The update sports the 79.0.3945.18 version number and it’s exclusively available to Chrome users who are enrolled in the beta program.

As previously noted, the new update for Chrome Beta is changing the mobile browser’s version number to 79.0.3945.18. The best and fastest way to access the new update is enroll in the beta program and to wait for it to arrive via OTA (over the air) channels.

Luckily, Google’s developers are allowing everyone who uses an Android-powered smartphone to join the beta program. With that said, let’s check out what are the improvements that the new update brings.

Adds the rendersubtree attribute to all HTML elements, which locks a DOM element for display. When rendersubtree is set to “invisible”, the element’s content is not drawn or hit-tested, allowing for rendering optimizations. The rendersubtree “activatable” token allows the browser to remove the invisible attribute, rendering the content, and making it visible.

Wake Lock API based on Promises

Adds an update of the Wake Lock API that introduce promises and wake lock types. The Wake Lock API brought a standard, secure, and safe way to prevent some device features such as the screen or CPU cycles from going into power saving state. This update addresses some of the shortcomings of the older API which was limited to screen Wake Lock and didn’t address certain security and privacy issues.

Other Features in this Release

Android Oreo introduced adaptive icons, which enforced the same shape for all icons on the home screen and in the launcher. Before android O icons could be any shape and there was no background behind each icon. For example, gmail was rectangular, and Play was a triangle. Consequently, such icons were placed in a white circle. With adaptive icon display, Android will automatically mask irregularly shaped icons to fit properly.

The aspect ratio of an image is now computed so that it can be used for sizing an image using CSS before it loads. This avoids unnecessary relayouts when the image loads.

The font-optical-sizing property
automatically sets the font size to the opsz – optical sizing axis of variable fonts that support optical sizing. This improves styling and legibility of fonts depending on font size because the font chooses a glyph shape that works optimally at the given font size. For example, the glyph contrast is improved in fonts in heading sizes when compared to the same font at body text size.

Allows a stylesheet to use an arbitrary character for the list style marker. Examples include “-“, “+”, “★” and “▸”. Since CSS Level 2, list-style-type has supported keywords like disc or decimal to define the appearance of the list item marker.
Without this, developers are often forced to hide the real marker and insert the arbitrary marker using a ::before pseudo element via the content property. Unfortunately, the fake marker won’t be nicely positioned by list-style-position.

Retrieve a Service Worker Object Corresponding to a Worker Itself