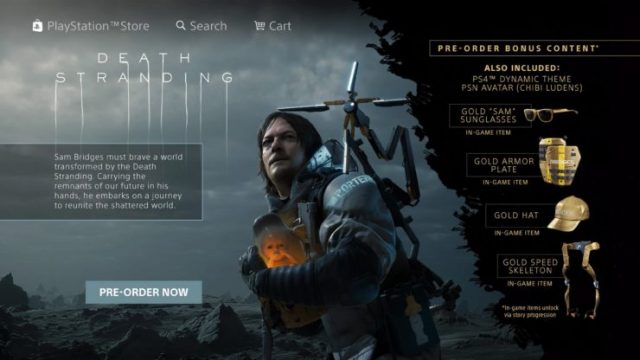 Hideo Kojima is one of the most famous game developers in the world and he is known for his strange but amazing games. The game developer used to work with Konami where he released lots of popular games but now, he decided to leave Konami in order to start creating his own games independently.

Therefore, we can be sure that Death Stranding which is the next game from Hideo Kojima is going to be something special that will show to the entire world that he can do it all without help from Konami.

Death Stranding Gets Listed for Preorder

“Sam Bridges must brave a world utterly transformed by the Death Stranding. Carrying the stranded remnants of the future in his hands, Sam embarks on a journey to reunite the shattered world one step at a time. What is the mystery of the Death Stranding? What will Sam discover on the road ahead? A genre defining gameplay experience holds these answers and more.”

Even though the preorder was taken down from the PlayStation Store as soon as it was noticed, the listing did show us what kind of bonuses fans of Hideo Kojima are going to receive if they preorder the game. Here are the bonuses: