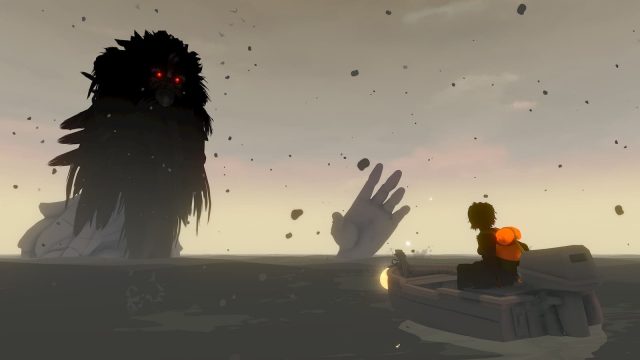 Sea of Solitude was first announced in 2015 and it was purchased by EA who announced that Sea of Solitude will arrive in “early 2019”. Well, this didn’t happen and the highly anticipated story driven game was postponed. Fortunately, EA has now finally decided to announce that the game is going to launch on July 5th.

This is a special kind of game, something that we don’t usually see from EA. It’s a third-person journey where the player will need to help a young woman named Kay find her way through a flooded city filled with monsters that are generated by her loneliness. Sounds spooky, right?

Sea of Solitude is Coming Out on July 5th

We already have a short gameplay trailer for Sea of Solitude and we have linked it below for everyone to watch. From what we can tell, this game is going to give RPG fans a fun game to play during the summer.

“Sea of Solitude centers on the essence of loneliness and tugs on the heartstrings of its players by mirroring their own reality. It’s by far the most artistic and personal project I’ve ever created, written during a very emotional time in my life,” said Cornelia Geppert who is the CEO of Jo-Mei games.

Cornelia Geppert also made the following statement: “Designing characters based on emotions was a deeply personal achievement for our team and we’re so excited for players to soon experience Kay’s powerful story of self­-discovery and healing.”

Considering the fact that the game was initially scheduled to launch in 2015-2016, we think it’s safe to say that the developers have taken their time with it. The gameplay looks amazing and let’s hope that the four years that Sea of Solitude spent in development is going to make the game a hit.