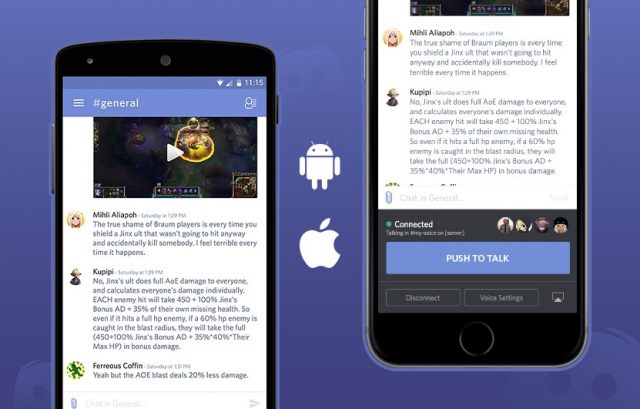 Gamers who play difficult games know just how important it is to coordinate with other players, especially in tough boss fights where the insanely difficult mechanics require players to pay attention to every small detail of the fight. This is where Discord comes in and provides gamers with a platform where they can chat and share files. Discord is not only great when it comes to doing difficult boss fights, but also just to have fun with your friends while playing your favorite games.

The Android version of Discord offers lots of cool features, but this is not the reason why the app is making headlines on our website. The reason why we are talking about Discord is because the developers who are in charge of the app have recently published a new update that comes with major software changes and we want to cover everything there is to know about them.

Discord fans should be pleased to know that as previously noted, a brand-new update is coming their way. The update weighs in at 57.25 MB and it requires a minimum of Android 4.1 Jelly Bean or higher operating system in order to run without any issues. In addition, the targeted operating system is Google’s latest Android 10.

The new update adds a new feature that is enabling the Group DM icons to display all the colors of the rainbow. This is a great addition because it makes it easier for gamers to tell groups apart just from a quick glance.

Furthermore, the latest update for Discord also introduces a handful of SNEAKY bugfixes that are tackling issues that sometimes caused the app to lag. Fortunately, that is not going to happen anymore and Discord will run flawlessly.