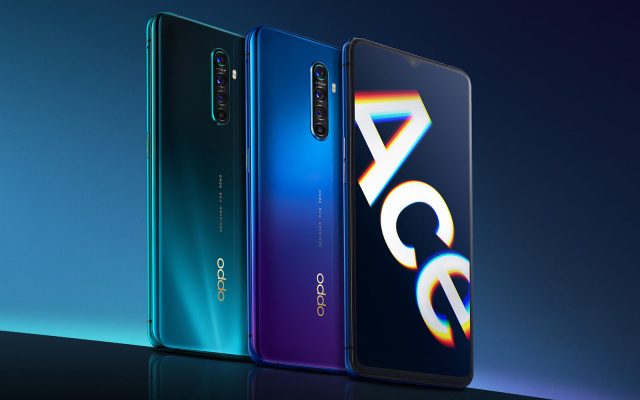 We reported earlier today that the special OnePlus 7T Pro McLaren Edition was leaked and now, we have something even better to share. Oppo has announced a brand-new smartphone called Reno Ace. This smartphone will hold the title of flagship and therefore, it should come as no surprise that it has been equipped with the best hardware available parts on the market. However, there is one feature that stands out the most. Reno Ace can be fully charged in half an hour!

The new smartphone from Oppo is powered by Qualcomm’s Snapdragon 855 Plus CPU. This is great news for Oppo fans because the Snapdragon 855 Plus is the most powerful mobile processor available in 2019 and to make things even more impressive, Oppo has paired the CPU with 12GB of RAM! Furthermore, Reno Ace is equipped with a 6.5-inches 1080p display that features an aspect ratio of 20:9 and an impressive 90Hz refresh rate.

Reno Ace is equipped with an outstanding rear camera setup that features not two, not three but four cameras! The fourth camera is equipped with a monochrome sensor and it will help the smartphone take amazing pictures.

As previously mentioned, the feature that stands out the most when it comes to the brand-new Reno Ace is its incredibly fast battery charging speed. Oppo is claiming that Reno Ace’s full battery can be charged in half an hour. This is super impressive and to top it all off, Oppo announced that Reno Ace can get up to two hours of usage from just a five-minute charge.

The “secret” behind Ren Ace’s super-fast charging speed is the fact that it uses new 65W SuperVOOC technology. The battery features 4,000 mAh and it is a dual-cell battery.