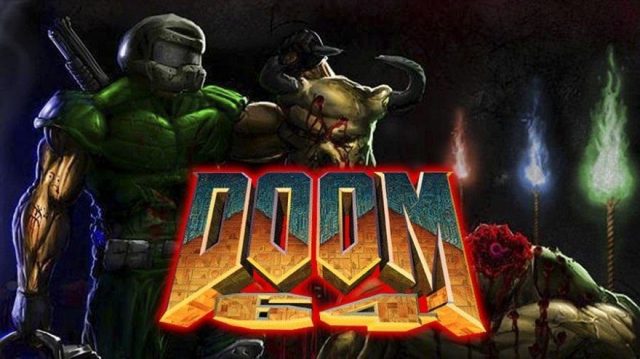 It’s been 22 years since the original Doom launched and the game is still popular to this day. After all, Doom is one of the world’s most first games to go viral and its seen as a legendary title to this day. There are many versions of the game and one of the most popular ones is Doom 64. However, this version of the game has never made its way to PC (legally at least). This is why it came as a surprise to everyone to see that PEGI which is the European age rating boards for movies/games has announced that Doom 64 is safe for PlayStation 4 and PC.

As previously mentioned, PEGI has basically confirmed that Doom 64 is coming to PS4 and PC. The game is more than likely to arrive on Xbox One and Nintendo Switch as well. The interesting thing about this is that after the news PEGI rated Doom 64 made headlines, PEGI moved quickly and deleted the ratings.

This means that either someone made a big mistake by rating the game or that PEGI has confirmed the game ahead of its launch date and it’s trying to get rid of all evidence.

In addition, Doom 64 was marked with a release date of July 26th. The release date makes sense because Doom 1,2, and 3 were released on current-gen consoles also on July 26th.

A Blast From the Past

Even though Doom 64 might not be a new game that features amazing graphics and gameplay mechanics, we can be sure that thousands of people are still going to play it to this day. Doom 64 is a “blast from the past” and it will give players the chance to re-live their childhood moments.