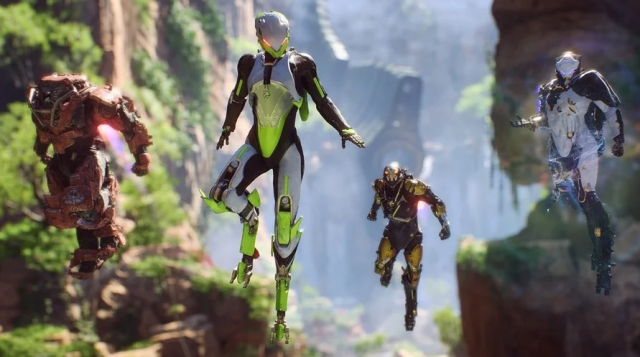 The much anticipated Anthem launched on February 22nd on PC, Xbox One and PlayStation 4. Unfortunately for PlayStation 4 fans, the game has some serious issues on their gaming consoles and it keeps crashing. Considering that this makes the game literally unplayable, no one should be surprised to find out that EA is receiving lots of hate. Not only that but, Sony was forced to even refund some people who purchased Anthem on PlayStation 4 because of the severe bugs.

Everyone was mad at Bethesda last year for releasing a buggy game and selling it for its full price. Well, BioWare and EA are now the ones who are getting all the hate. The problem here is that Anthem’s bugs are not just something annoying, they are game breaking. Anthem randomly crashes on PlayStation 4 and this makes it impossible to play the game, especially since the save files get lost in the process.

As you would expect, the support Twitter account of EA is getting bombarded with complaints from PlayStation 4 players who have purchased the game and EA decided to release a statement.

“We’re aware of a crashing issue some of you have been reporting for #AnthemGame. We’re investigating and ask that you share your crash data reports when prompted. If you have, we’ll be reaching out to gather info,” said EA Support.

As if things couldn’t get any worse, some users are reporting that their PlayStation 4 get bricked after running the game. “The console powers down and will not power on using the normal method of pressing the PS4 button on the controller,” said a user. “Sometimes the button on the front of the console works, other times I have to unplug the console then plug it back in,” added another user.