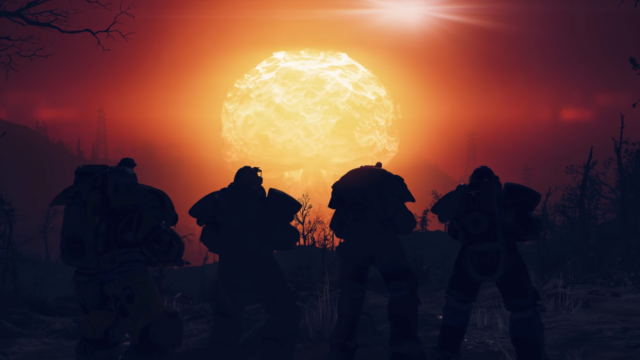 Fallout 76 had one of the worst launches in gaming history and this is all thanks to the fact that Bethesda’s Todd Howard practically lied about the features that the game has to offer. Fallout 76 was nothing alike to what Todd Howard promised and a US-based law firm was even thinking about starting a class action lawsuit against Bethesda for selling an unfinished product since Fallout 76 was filled with bugs on launch day.

This might come as a surprise, but it looks like Bethesda actually knew what it was getting itself into. The reason why we are saying this is because Todd Howard admitted on stage during last night’s E3 2019 panel that Bethesda deserves all the criticism it received for Fallout 76.

The most interesting thing about Todd Howard’s statements during the E3 2019 press conference is that since he and his team knew that Fallout 76 was not a finished product, why did they release it anyway? This shows us that Bethesda has changed its ways and that generating revenue is its top priority nowadays.

On the bright side of things, Bethesda does want to make things right with its fan base and it announced a new update for Fallout 76 which introduces Nuclear Winter. This is a 52-player Battle Royale mode that will have players fighting against each other in order to get the title of “overseer”.

A free trial version of the mode is going to be made available for play starting today (June 10th) and it will end on June 17th. Therefore, we are advising all Fallout 76 fans who are interested in checking out the new Battle Royale mode to try it out during the upcoming week.