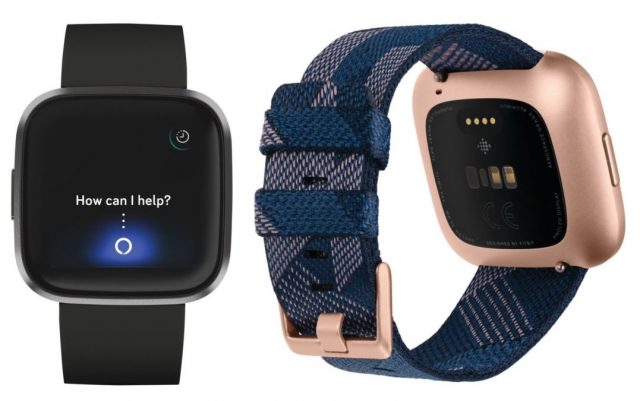 It’s a little bit more than a year since Fitbit launched the Versa smartwatch and now, it looks like the tech company is ready to launch an improved version of the smartwatch. However, Fitbit has yet to make this news official and the reason why we know about Fitbit Versa 2 ahead of the smartwatch’s launch date is because its official press renders have been leaked. The leak comes from Evan Blass who is a reliable tipster.

The first thing that we want to mention when it comes to the newly leaked press renders of Fitbit Versa 2 is that they don’t show too many improvements in terms of design. Fitbit Versa 2 looks quite similar to last year’s model and it even ships with the same square-like display that is placed in an aluminum casing. In addition, Fitbit Versa 2 will feature a highly useful “PurePulse” heart rate monitor on the rear side.

The feature that stands out the most when looking at the leaked press renders is the built-in support for Amazon’s Alexa AI (artificial intelligence) assistant. This is great news for Fitbit fans who are considering buying Fitbit Versa 2 because Alexa is known for being the best AI assistant available right now. Another interesting that we can spot in the leaked press renders is that Fitbit Versa 2 will only feature a single physical button unlike the original model which featured three.