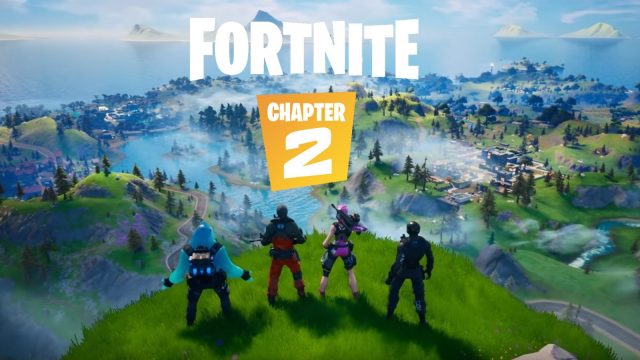 We have some great news to share with Fortnite fans! The highly popular game has received a new update that introduces Chapter 2. This is exciting stuff for Fortnite fans because Chapter 2 is coming with new features, mechanics and more importantly, a brand-new map!

On the downside of things, Epic Games has yet to release the official patch notes for the new Fortnite update and this is why we have decided to gather everything there is to know about the new update so that we can give fans a quick rundown of what to expect.

The first thing that we want to cover about Fortnite’s latest update is the fact that it comes with a brand-new map. The game has featured a single map for the last year and now, things are about the change. The game will feature a new island where players can fight against their enemies in search for loot.

Thanks to previous leaks, we know that the new map will feature locations such as Pleasant Park, Salty Springs, Power Plant and Slurpy Swamps.

Since the new map is an island, it shouldn’t come as a surprise to players that they will be able to fish. This is not a simple activity designed to keep players entertained, it’s more important than that! Fishing plays an important role in Fortnite’s Chapter 2 and it allows players to pull things out of the water such as a health bar or a rare weapon.

Fortnite has received lots of vehicles in 2019 and now, the game is getting boats. To make things even better, the boats are equipped with boosters that are making it possible for players to zoom their way over lakes and get into the middle of the action as quick as possible.