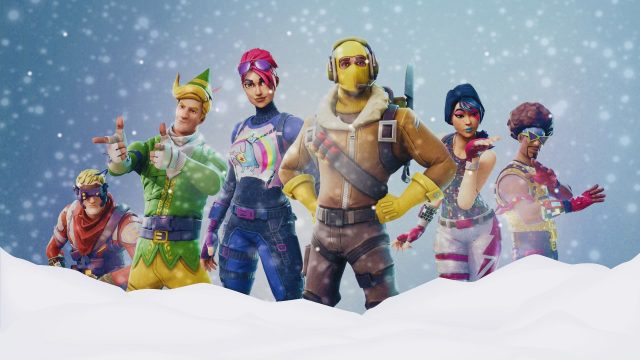 We have some great news for Fortnite fans. Dataminers have found some rather interesting data which hints that Epic Games is looking to introduce snow in the game. To make things even better, the data has been found in Fortnite patch v6.31 which means that the update will arrive sooner than expected. This also goes hand in hand with the fact that December is only a couple of days away.

If there’s something that all Fortnite fans know, then it has to be the fact that Epic Games is always improving the gameplay experience by adding new features, guns, cosmetic skins and software tweaks. Therefore, it should come as no surprise to anyone that Fortnite is going to receive snow in the upcoming weeks.

Epic Games is not only going to introduce snow in the game, but the developers is also adding new sounds that will be triggered when players step or run on the snow. Dataminers are saying that the new sounds are coded around the “Viking Village” area. However, we believe that Epic Games is going to make it snow on the entire map and not just that place.

We should also mention that since Epic Games is looking to introduce snow to Fortnite, the game developer will probably do it through a time-limited event. The event will more than likely last throughout December and it will end when January starts. Epic Games might also add other cool Christmas Holliday themed features such as reindeers, gifts, elves or even Santa’s sled.

The new Fortnite v6.41 update is scheduled to roll out soon and that’s when we will get to see what Epic Games plans to do with the snow in Fortnite. However, we have to give praise to the developer for always finding ways to make the game interesting.