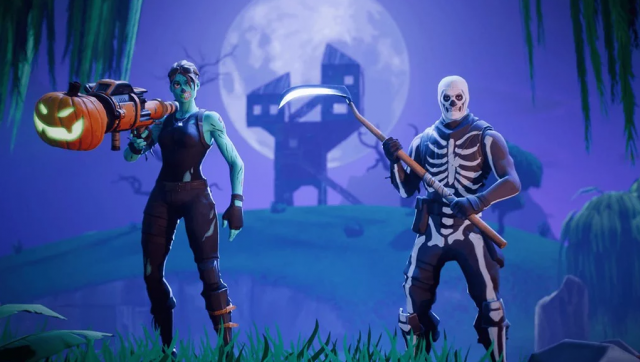 Many games have hit their peak popularity level and fallen, but not Fortnite. This game is so popular that it’s being categorized as a cultural phenomenon and it’s here to stay. The reason we are saying this is because Epic Games who is in charge of Fortnite keeps launching new updates on a weekly basis and they always introduce cool features, bug fixes and gameplay changes that give players a reason to keep coming back for more.

Nonetheless, Epic Games has announced that Fortnite is going to receive its first ever Halloween event and that it will be called “Fortnitemares”. The event starts today and it will be available until November 26th.

What’s cool about this event is the fact that it introduces Halloween themed cosmetic items, Limited Time Modes, spooky map changes and scary challenges that Fortnite fans are going to have lots of fun completing. We should also note that Epic Games has hinted that the fan-favorite pumpkin launcher might appear during the upcoming days.

The new Fortnite Halloween event is going to arrive alongside Patch 6.20. This is the fourth update that Fortnite has received ever since Season 6 started and it comes with lots of goodies. For example, Patch 6.20 will add a brand-new revolver that will make it more fun than ever for players to headshot their enemies.

The most fun feature that Epic Games is adding to Fortnite in Patch 6.20 is called Glider Re-Deploy. The first time this feature was introduced was back when the Soaring 50s mode was added and it lets players deploy their Glider at lower heights than usual so that they can get in the middle of the action faster. However, Epic Games said that the Glider Re-Deploy feature is not permanent and that it will be available for one week only.