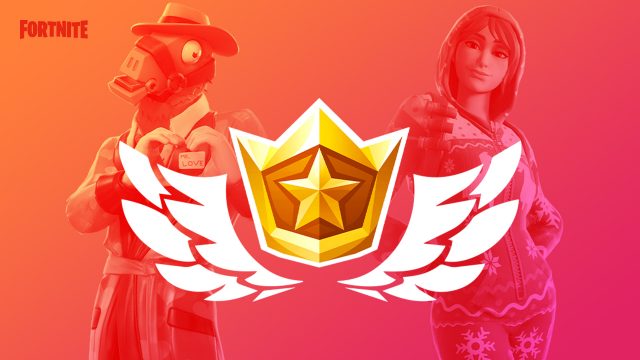 As the entire world is talking about how Apex Legends might have what it takes to dethrone Fortnite, Epic Games is making sure that this doesn’t happen by releasing new updates. If there’s something that we all can agree on when it comes to Fortnite, then it has to be the fact that the Battle Royale has been improving every month ever since it was released.

Therefore, Epic Games decided that it wants to celebrate Valentine’s Day by releasing the highly anticipated Patch v7.40. With that said, today we are going to go over the patch notes together and see what’s next in store for Fortnite.

The first thing that we want to note about this latest Fortnite update is that Epic Games is giving out a free Season 8 Battle Pass to everyone who completes the 13 free Overtime Challenges by February 27th. The new Battle Pass will give Fortnite players two Season 8 Outfits for free and the chance to earn up to five more.

Since people love to give a gift to their significant others during Valentine’s Day, Epic Games is bringing back gifting. However, this feature is going to be available only until February 22nd. In addition, all players can send the Heartspan Glider for free until February 15th.

Epic Games promised last week that Fortnite is going to feature a rotation of limited time mods in order to keep the game more interesting. The first mode is called Catch and we are going to present everything there is to know about it down below.

The Catch game mode is quite different from what Fortnite fans are used to. The reason why we are saying that is because all guns are removed in Catch and players have to rely on explosive and other items which can be throwed.

Changes to Weapons and Items

These are the highlights of Fortnite’s new patch notes. However, there are lots of other game changes that the new update brings and everyone can check them ourt by clicking here. We have to give praise to Epic Games for including so much content in its monthly updates. If Epic Games continues to do this, then Fortnite is never going to be surpassed by Apex Legends or any other Battle Royale game.