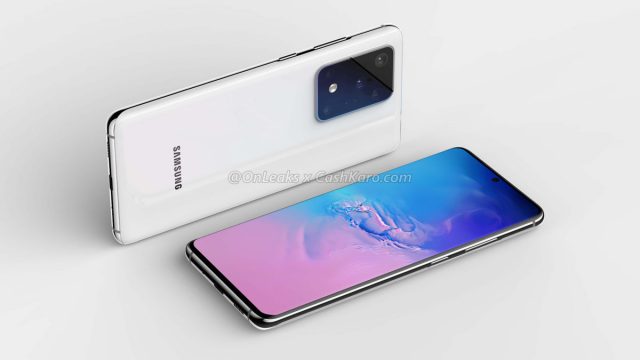 Apple shocked everyone when it equipped its latest flagship iPhone with a triple-camera setup that looked quite unusual. Samsung was the first one to make fun of the camera setup design and now, it looks like Samsung has changed its mind about that.

The reason why we are saying that is because the reputable leakster known as OnLeaks has posted a leaked press render of Galaxy S11 Plus and it sports a brand-new design that we have never seen before from Samsung.

The first thing that we want to mention about the Galaxy S11 Plus press render is that even though it has been posted by OnLeaks who has a great track record of predicting upcoming tech devices, it’s still a leak. Therefore, we should take it all with the necessary grain of salt because Samsung can always decide to completely revamp the design of Galaxy S11 Plus.

Nonetheless, Galaxy S11 Plus will ship with a nearly bezel-less display that features curved edges which are similar to the same ones used on Galaxy S10 Plus. This is not a bad thing by any means because the curved edges look amazing. In addition, the upcoming flagship smartphone is equipped with a punch-hole in the display to make room or the selfie shooter.

The features that stand out the most when looking at this leaked press render are the camera setups. First off, the upcoming smartphone will ship with a dual front-facing camera system which is not that unusual. However, the design of Galaxy S11 Plus stands out when it comes to the rear side.

Galaxy S11 Plus will ship with a five-lens camera setup on the rear side that is also accompanied by an LED flash. This is the first time that we are seeing Samsung use so many lenses in a single setup and the rectangular camera module looks outstanding.