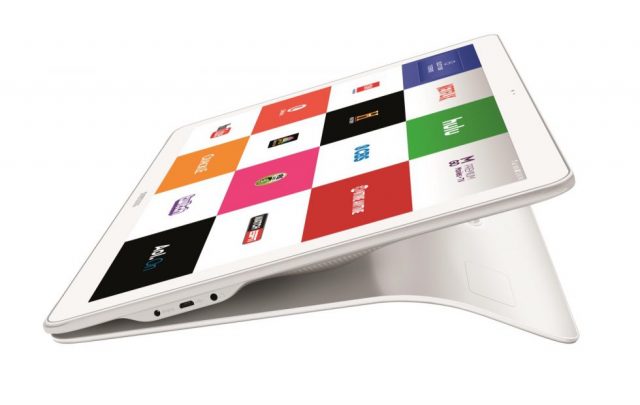 While it might seem like Samsung is focusing all its attention on the next-generation Galaxy S10 lineup, this is not the case. Samsung is working on multiple devices at the same time because the South Korean tech giant wants to take the entire tech industry by storm with its high-end devices and not just the smartphone industry. Nonetheless, the latest Samsung device to be leaked is none other than the upcoming Galaxy View 2 tablet.

Galaxy View 2 Gets Spotted on GeekBench

Even though it’s been a couple of months since Samsung announced anything about Galaxy View 2, we now know that Samsung has finished designing the tablet. The reason why we are saying that is because the tablet was spotted on GeekBench and this means only one thing. GeekBench is a benchmarking website where tech companies test out the performances of their upcoming devices before launching them. 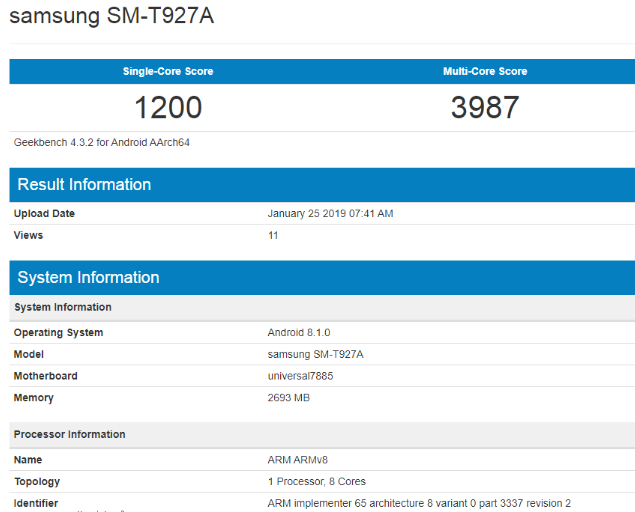 Galaxy View 2 scored 3,987 points in the multi-core test and 1,200 points in the single-core test. These results are not impressive by any means and they lead us to believe that Samsung’s upcoming tablet is going to be a mid-range device that will ship with an affordable price.

Since Galaxy View 2 has yet to be officially confirmed by Samsung, we don’t have that much information about its specs. Although, we do know that the tablet is going to be powered by Samsung’s in-house Exynos 7885 CPU that is paired with 3GB of RAM since these specs were leaked in the GeekBench listing.

The disappointing thing about Galaxy View 2 is not the subpar results that it had in the CPU tests, but that it will run on Android 8.1.0 Oreo. Considering that the new tablet is going to launch this year, Samsung might want to reconsider the operating system and upgrade it to Google’s latest Android 9.0 Pie.