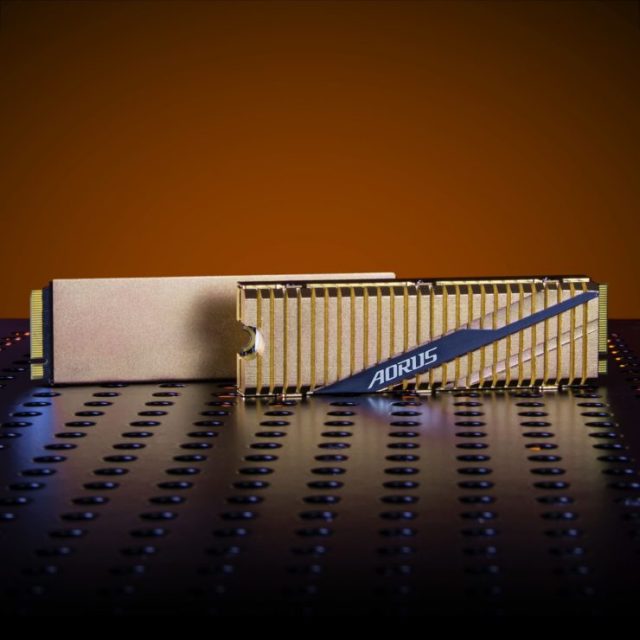 One of the biggest highlights from AMD’s recently launched third-gen Zen 2-based Ryzen processors is the fact that they also introduced the next-gen PCle 4.0 controllers. Gigabyte is now the first company to take advantage of the new PCle 4.0 controllers and the reason why we are saying that is because Gigabyte has launched its first-ever PCle 4.0 NVMe SSDs. The new SSDs are incredibly powerful and they reveal the true potential of the new technology launched by AMD.

Even though Gigabyte was the first tech manufacturer to start utilizing the new PCle 4.0 controllers, Corsair is now the runner up. Corsair has also revealed its brand-new MP600 NVMe SSD which features similar performances to Gigabyte’s AORUS NVMe Gen4.

Furthermore, both devices use the Phison PS5016-E16 controller that is paired with 3D TLC (triple-level cell) NAND flash memory chips created by Toshiba in the case of Gigabyte’s AORUS.

Talking about the AORUS NVMe Gen4 SSD, we need to mention that it features a full body copper heat spreader which reveals that the temperature can get pretty high once the super-fast speeds of 5,000 MB/s are reached.

According to Gigabyte, the heatsink that it used on the AORUS NVMe Gen4 SSD is going to reduce the temperature by about 14%.

The last thing that we want to mention about Gigabyte’s AORUS NVMe Gen4 SSD is that it will be available in 1TB and 2TB sizes. In addition, the only motherboard that can use the new drive to its full potential is Gigabyte’s X570.