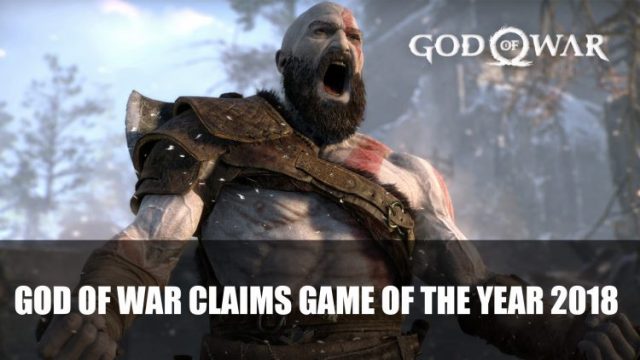 The Game Awards 2018 event took place last night and the critically acclaimed God of War has won the “Game of the Year” award. The game is developed by Sony’s own Santa Monica developer studio and it’s a PlayStation 4 exclusive title. Red Dead Redemption 2 is the only other game that could rival God of War for the GOTY title and even though it didn’t win this title, the studio in charge of Red Dead Redemption 2 did go home with four awards.

God of War Wins Game of the Year

The amazing thing about this is that God of War is a PlayStation 4 exclusive title which shows us how much Sony invests in games. We have to give it to Sony because God of War is so good that it has made many Xbox One fans leave their consoles to collect dust and purchase a PlayStation 4 instead.

Tough Fight for the GOTY Award

This year edition of the Game Awards had to be toughest one yet. God of War and Red Dead Redemption 2 are two of the best games ever released for console and picking a winner between these two games proved to be a challenging task.