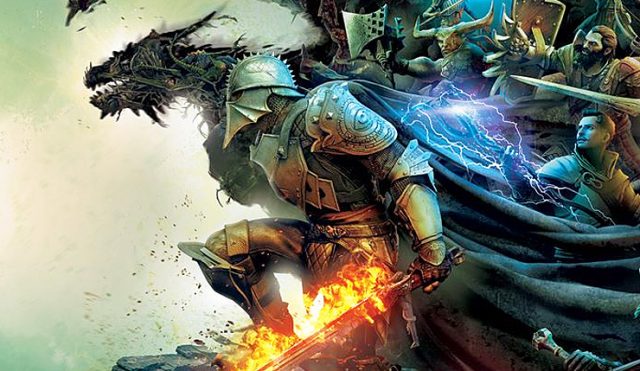 It’s been four years since BioWare released the last Dragon Age game and it looks like the waiting is finally over. The reason we are saying this is that BioWare has released a short teaser for Dragon Age 4 during the 2018 Game Awards event that took place last night where God of War won the GOTY award (Game of the Year).

Truth be told, the Dragon Age 4 teaser doesn’t show that much. However, it does confirm that a new Dragon Age game is coming soon and that BioWare is working on it. From the looks of it, Dragon Age 4 is currently in the early development phase and it stills needs at least one year before the final version can be released.

On the bright side of things, this also means that BioWare has finished writing the story for Dragon Age 4 and this is one of the most important steps in developing an RPG (role playing game) title. Nonetheless, we linked the Dragon Age 4 teaser from the Game Awards below for everyone to watch.

Even though BioWare doesn’t want to reveal too many details about Dragon Age 4, Mark Darrah who is the executive producer of the new game did make the following statement in a blog post:

“While we won’t be sharing any details for now, I can tell you we have been building a new team around a core of Dragon Age veterans, people I’ve worked with on Dragon Age, Jade Empire, and some of whom I’ve worked with since the Baldur’s Gate Days”.

As previously mentioned, Dragon Age 4 is going to be an RPG title and according to Mark Darrah, the game’s developer team is going to be packed with people who have created some of the world’s most amazing RPG games ever such as Baldur’s Gate.