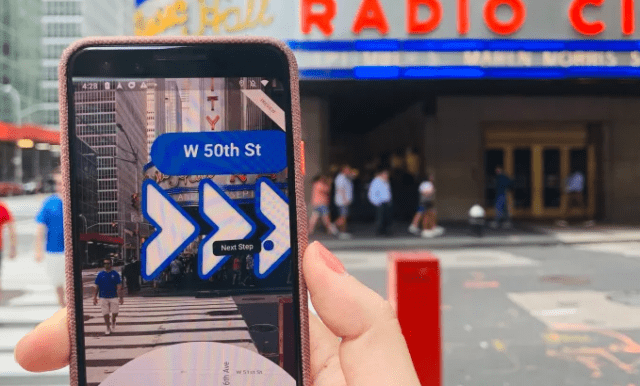 If there is something that everyone knows and loves about Google, then it has to be the fact that the Android parent is constantly releasing software updates which are taking the performances of its native apps and services to the next level. With that said, it shouldn’t come as a surprise to anyone to find out that Google is now ready to update Google Maps and introduce support for AG (augmented reality) technology.

Google revealed last year that it’s planning to completely change the way that people are using Google Maps and that it will do this through the use of AR technology. This happened during the 2018 Google I/O event and the special AR features were released as an exclusive feature for Pixel smartphones. Well, it looks like Google is finally ready to give all Android smartphone users access to the new Google Maps features.

How to Use the New AR Features

As shown in the picture featured above, Google Maps will now show direction arrows that guide users to their desired locations. To make things even better, using the new AR features is quite simple. The only thing that users need to do is to enter their desired destination in the Google Maps app, ask for directions and then set the transportation mode to “walking”. Now, all that is left is to tap on the “Live View” option.

The new update is scheduled to start rolling out next to all non-Pixel Android smartphones that can run ARCore. Not just that, Google is also giving this feature to all iPhones that can run ARKit. We also want to mention that the AR features are going to be available only in the “walking” transportation mode.