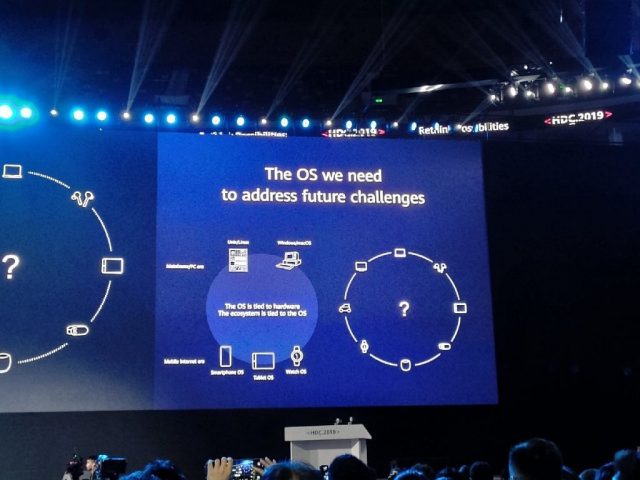 This year hasn’t been a good one for Huawei. The US Trump Administration banned Google and other US based software companies from selling their services to Huawei which means that Huawei doesn’t have access to the Android operating system and all the features that it offers. On the bright side of things, the Chinese based tech giant was anticipating this to happen and it has just announced its brand-new operating system called Harmony.

The new operating system from Huawei which is going to be used as an alternative for Android is called Harmony and it has been revealed earlier today at a Huawei developer conference in the southern city of Dongguan.

Richard Yu who is the head of the company’s consumer business was the one to reveal the operating system and he said that Harmony has been designed to work on smartphones, smartwatches and all other types of smart devices.

Even though Harmony is ready to be installed on Huawei’s smartphones, the Chinese based tech giant is first testing the waters by installing the operating system on a new series of “smart screens”. These devices are scheduled to launch later this year and they will give us a first glimpse at what the user interface of Harmony looks like.

Richard Yu described what will be some of Harmony’s highlight features but he also announced that it’s going to take at least one to three more years before the operating system is pre-installed on all Huawei devices. “If we are not able to use the Android operating system, the new can activate Harmony anytime,” said Richard Yu.

From the looks of it, Huawei wanted to show to all its fans that they shouldn’t worry about the operating system problem. Huawei’s smartphones will still run on Android for as long as possible but in case a problem pops up, Huawei can always activate Harmony.