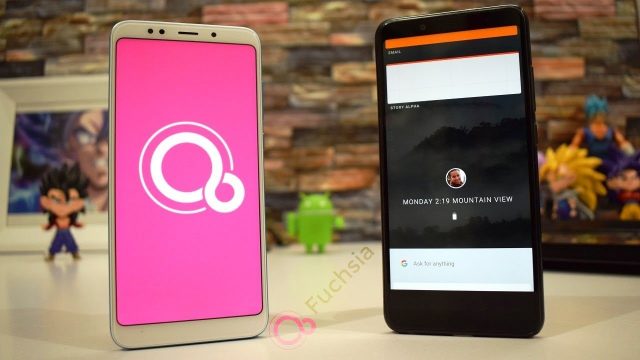 Google is working on a new operating system called Fuchsia. Even though the Android parent doesn’t want to release too much information about Fuchsia, we do know that Google plans for this operating system to be a universal one. Therefore, Fuchsia will help integrate all Android and Chrome powered devices on a single platform. Nonetheless, the reason why Fuchsia is making headlines today is because the folks at 9to5google have found a line of code that reveals Fuchsia will support Android apps.

It was long rumored that Fuchsia will receive access to the Google Play Store library and this rumor has been proven to be true. This is quite an important confirmation since it means that all Fuchsia users will have access to hundreds of thousands of apps, services and games straight on launch day.

Android’s Gerrit source code management has revealed that Fuchsia will feature a “device/google/fuchsia” repository and that it’s intended for a new specially designed ART. ART stands for Android Runtime and the special version of it for Fuchsia will make it possible for Google’s new operating system to run Android apps and to install APK updates (Android Package Kit).

On the downside of things, we can’t know for sure how the new ART will work. Tech experts are saying that the new ART will run Android apps similar to the way Linux replaces kernel calls. However, this is still speculation and it should be taken with a grain of salt.

The last thing that we want to mention about Fuchsia is that Google is taking its time with it. The Android parent doesn’t want to rush and release Fuchsia before the operating system is in its final stages and therefore, we are going to have to wait a little longer until we can get our hands on the new operating system.