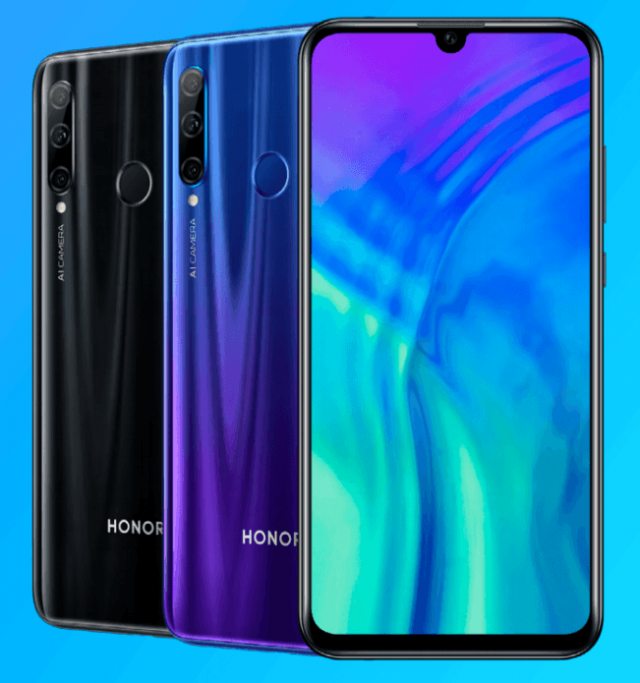 Even though Huawei has yet to announce the official launch date of its next-gen Honor 20 smartphones, we got lucky and the press render of the cheap Honor 20 Lite model has been leaked.

As we can clearly see in the picture featured above, Honor 20 Lite is going to ship with a full-screen design that is equipped with a display top-notch where the selfie camera is going to be located.

In addition, Honor 20 Lite will feature a triple camera-setup mounted on the rear side. We don’t know the specs of the camera but three lenses are always better than one.

From the looks of it, Huawei is not that good at keeping secrets. The reason why we are saying this is because Honor 20 Lite’s hardware specs have also been leaked alongside the press render. With that said, we know that Honor 20 Lite is going to be powered by Huawei’s in-house made Kirin 710 CPU that is paired with 4GB of RAM.

Huawei has also equipped Honor 20 Lite with 128GB of internal storage space which can be expanded up to 256GB via a microSD card. TO make things even better, the leaked press render shows us that Honor 20 Lite will feature a 3.5mm headphone jack.