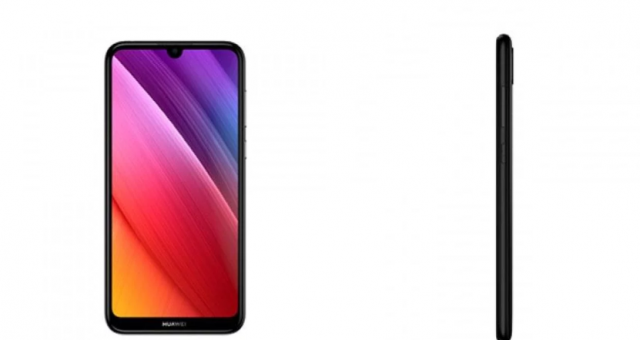 Huawei revealed a couple of months ago that a new smartphone called Enjoy 9 Plus is going to launch in the first quarter of 2019. Since this is a Plus sized version of the smartphone, we can be sure that Huawei is also planning to launch a normal model and to make things even better, a new leak surfaced on the web which shows us the press renders and hardware specs of the upcoming Enjoy 9.

The first thing that stands out when looking at the leaked press renders of Enjoy 9 is the fact that the smartphone will ship with a “water drop” display top-notch. This is a sleek looking full-screen design and it provides users with more display real-estate space than Apple’s top-notch design. Since we are talking about the display we should also mention that it will measure in at 6.26-inches and that it features a pixel resolution of 720 x 1520.

Enjoy 9 will feature a 13MP + 2 MP dual camera-setup on the rear side and an 8MP selfie shooter on the front site. The cool thing about Enjoy 9’s rear mounted cameras is that they use AI technology in order to enhance the quality of pictures. Last but not least, the smartphone will be fueled by a large 4,000 mAh battery that can be charged via the micro USB port.