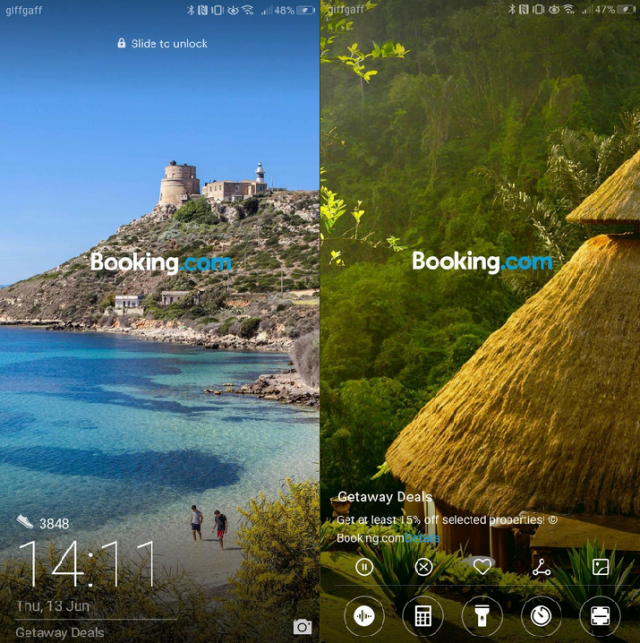 This past couple of months have not been too good for Huawei. The Trump Administration has banned US-based companies from selling their software to unlicensed foreign companies and this means that all of Huawei’s new smartphones are not receiving access to the Android operating system and the Google Play Store. Not just that, but Facebook has already stopped pre-installing its apps on Huawei’s smartphones.

The Chinese based tech giant keeps on assuring its customers that they don’t have anything to worry about it since it will launch its own operating system and that Google’s Android is not necessary. Well, it looks like Huawei customers do have something to fear. Multiple reports and posts from social media have shown that Huawei has started selling the lock screen ads.

All Huawei smartphones are equipped with beautiful landscape pictures that are featured on the lock screen and now, the Chinese based tech giant has started selling “real-estate” space from the lock screen of the following smartphones: Huawei P30 Pro, P20 Pro, P20, P20 Lite and Honor 10.

The lock screen ads are simply unacceptable. Huawei is basically forcing users to see ads whenever they open their smartphones, even though they have already paid a full price for their smartphones.

To make things even worse, complaints about these ads are coming from all over the world which means that the US Huawei fans are not the only ones affected by this issue.

According to complaints from social media posts, Huawei fans from the UK, Germany, Ireland, Norway, Netherlands and South Africa have complained about the lock screen ads.

Let’s hope that Huawei notices how much harm these are causing and decides to remove them as soon as possible. If not, this might be Huawei’s demise because no one wants to see ads every time they open their smartphones.