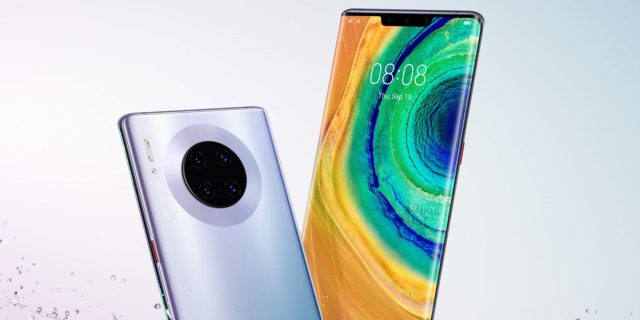 Even though Huawei is no longer able to offer users access to essential Android services such as the Google Play Store, Huawei’s smartphones are still in high demand in the US. After all, Huawei is one of the few tech companies that manages to offer a blend of powerful technology and affordable prices in its smartphones. Therefore, it should come as no surprise that the company’s upcoming Mate 30 flagship is one of the most highly anticipated smartphones in the world.

Huawei has yet to announce the official launch date of Mate 30 but fortunately, the reliable leakster known as Evan Blass has posted an official press render that reveals the sleek design of Mate 30. In addition, the leakster reported that Huawei insider resources have confirmed that Mate 30 will not have access to the Google Play Store.

First things first, the leaked Mate 30 press render looks amazing. The smartphone is going to ship with a full-screen display that will feature a small top-notch and rounded edges. Another highlight feature that the leaked press render reveals is the rear camera setup that is comprised out of four lenses. This is one more lens than what Apple’s latest iPhone offers.

Unfortunately, Evan Blass did confirm that Mate 30 will not be able to access the Google Play Store or the millions of apps and mobile games that the library features. Although, this was to be expected since it comes as a result of the US Government banning US software companies from selling their services to Huawei. This is why the Google Play Store is not available to Huawei fans.

On the other hand, Huawei has already finished developing a new operating system called Harmony. This operating system is the replacement for Android and Huawei still needs to add the finishing touches before it can roll it out.