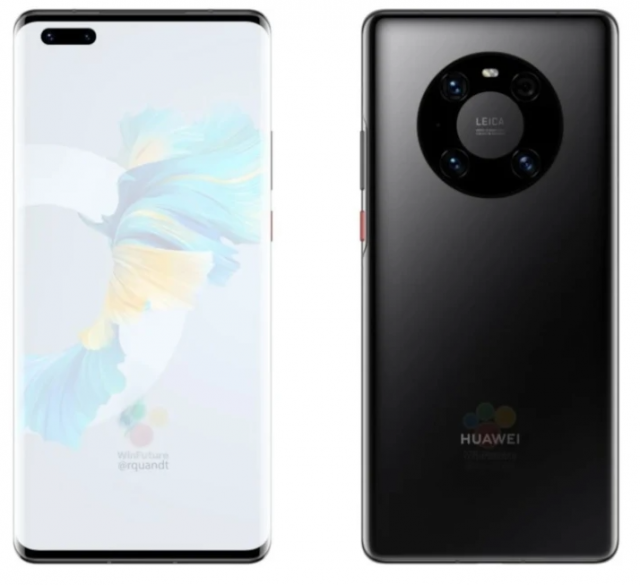 Even though things haven’t been going great for Huawei lately with the new export rule making it harder for the company to manufacture processors for its devices, this doesn’t mean that the Chinese based tech giant is ready to give up on its smartphones. In fact, Huawei is scheduled to release a brand-new smartphone series on October 22nd. The series is called the Mate 40 Line and it includes the following models: Mate 40, Mate 40  Pro, and the premium Mate 40 Pro Plus.

Despite Huawei’s best efforts to keep Mate 40 Pro hidden away from the media’s eyes, we got lucky and the press renders of the flagship smartphones got leaked. The renders show us that Mate 40 Pro is going to sport an impressive and sleek design that features non-existent bezels. That’s not all. The smartphone is also equipped with a four-camera setup on the rear side that uses lenses manufactured by Leica. This is great news for Huawei fans.

Thanks to previous leaks, we already have a good idea of what to expect from Mate 40 Pro in terms of performances. The smartphone is going to be fueled by a Kirin 9000 processor that uses a 5nm integrated circuit. We want to highlight that the performances of the Kirin 9000 processor are similar to the ones provided by Apple’s famous A14 Bionic CPU.

According to a new report from the US Commerce Department, Huawei has already placed an order for more than 15 million Kirin 9000 chips. This shows us that Huawei is planning to take over the US market in 2020/2021 and that it is not going to allow any imposed export rules to terminate its activity in the US. In addition, the Kirin 9000 chips are also used to provide Huawei’s Mate X2 smartphones with 5G connectivity.