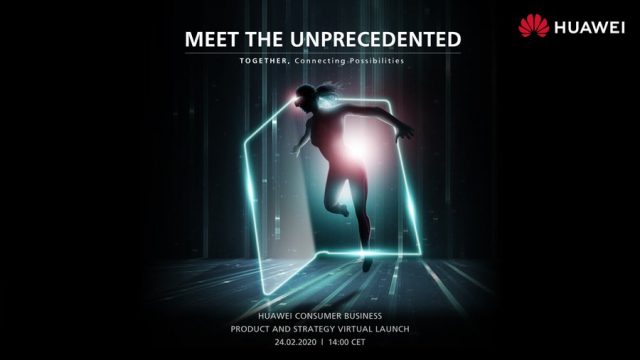 Samsung took the tech industry by storm a couple of days ago when it revealed its highly anticipated Galaxy Z Flip. This is Samsung’s second foldable smartphone and if you are not too happy with its design and features but you still want to purchase a foldable smartphone in 2020, then we have some great news to share with you. Huawei has announced that since the MWC event has been canceled due to the Coronavirus outbreak, its next-generation Mate Xs will launch on February 24 during a live-stream.

The interesting thing about Mate Xs is that despite being one of Huawei’s most anticipated smartphones in 2020, we don’t have too much official information about it. All that Huawei confirmed is that Mate Xs will be a foldable smartphone that is scheduled to compete against Samsung and the Galaxy Z Flip.

On the bright side of things, Huawei did decide to confirm that we don’t have to wait much longer to see Mate Xs in its full glory because the smartphone will be revealed on February 24.

Despite Huawei’s best efforts to keep the foldable smartphone away from the media’s eyes, we got lucky and a large majority of the device’s most important specs have been leaked. Therefore, we know that Mate Xs will be powered by Huawei’s in-house HiSilicon Kirin 990 5G octa-core processor. As we can tell from the title of the processor, Mate Xs will ship with support for 5G connectivity, which is great news.

Furthermore, Mate Xs is going to feature 8GB of RAM and 512GB of internal storage space that cannot be expanded via a microSD card. In addition, Mate Xs will be able to last for days on end thanks to its 5,000 mAh battery with Fast Charging support.