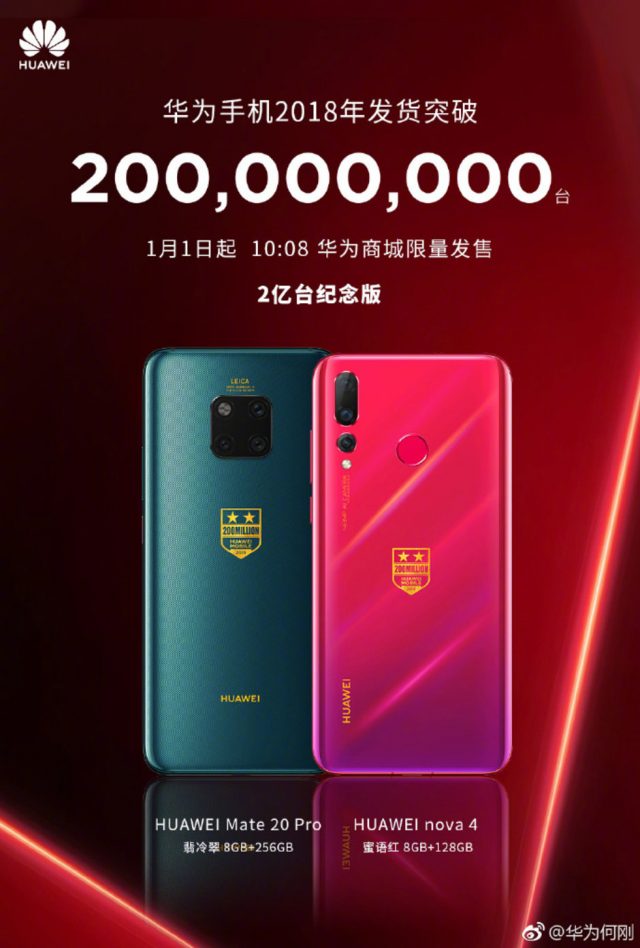 Huawei announced a couple of years ago that its main goal as a tech company is to become the world’s biggest smartphone manufacturer. This goal seemed impossible when Huawei first said it because Apple, Samsung, and Google are ruling the smartphone industry, but now, Huawei is closer than ever to achieving its goal.

Huawei smartphones are becoming more popular with each day and therefore, no one should be surprised to find out that Huawei has achieved the milestone of selling 200 million smartphones worldwide.

This is a huge milestone and He Gang who is the company’s CEO announced a special edition of Mate 20 Pro and Nova 4 will be launched during the upcoming future in order to commemorate this event.

These specs are powerful and they will make the smartphones more desirable by customers. The cool thing about the design of the special edition of these smartphones is that they will also ship with two gold stars on their back which will represent the 200 million milestone.

Huawei is doing the smart thing by commemorating this big event with the launch of two new smartphones. The reason why we are saying this is because Huawei will be able to sell more smartphones and generate revenue while commemorating a big milestone in the company’s path to success at the same time.