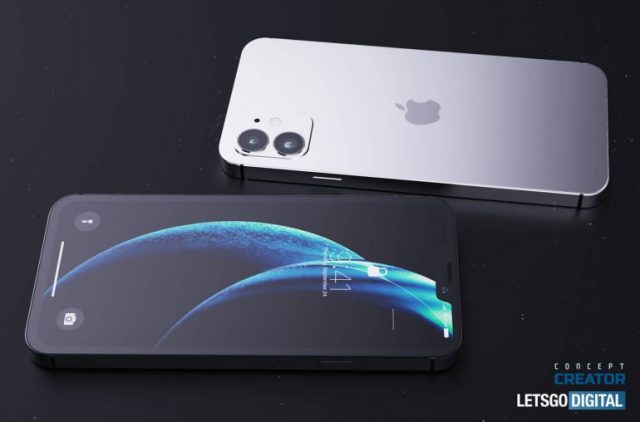 Apple is expected to take the smartphone industry in 2020 by launching four variants of iPhone 12 Series. Even though Apple doesn’t want to reveal any exciting details about the upcoming smartphones, we got lucky and a new press render of a special iPhone 12 variant has been leaked. The leaked iPhone 12 ships with a 5.4-inch display that uses OLED technology.

The press renders are provided by the folks at Let’s Go Digital who created a 3D video of the upcoming iPhone 12 variant. With that being said, let’s go ahead and check out everything there is to know about Apple’s flagship in 2020.

The first thing that we want to highlight is that iPhone 12 will ship with a 5.4-inch OLED display. This is significantly smaller than the latest iPhone 11 that measures in at 6.1-inches. From the looks of it, this variant of iPhone 12 will be the “affordable” model.

Apple realized back when it launched the first iPhone SE that there is a market for cheaper iPhones and therefore, no one should be surprised to find out that the Cupertino based tech giant is now looking to capitalize on that.

The Notch is Here to Stay

The design feature that surprises us the most is top-notch. Everyone is expecting Apple to catch up to the likes of Samsung and Huawei in terms of design and finally remove the top-notch that was introduced when iPhone X launched. Unfortunately, this is not going to happen. However, we are hopeful that the premium version of iPhone 12 may decide to say goodbye to the top-notch.

According to rumors and speculation, iPhone 12 will be powered by the same A14 Bionic chipset that Apple uses on its latest flagship devices. This is great news because the A14 Bionic chipset can handle all heavy-duty tasks without a single problem.