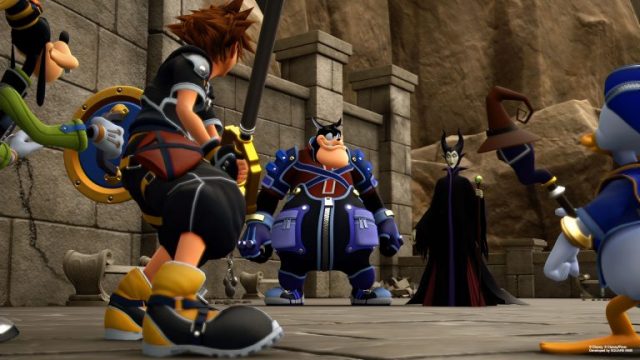 Even though Kingdom Hearts III is scheduled to launch at the end of January, a large portion of the game has been leaked online. The leak reveals lots of spoilers that are going to ruin the gameplay experience for Kingdom Hearts III fans and Tetsuya Nomura who is the Game Director has decided to release a statement in which he pleads everyone from the Kingdom Hearts III community to stop sharing the leaks and story spoilers.

“We’re aware that a small portion of Kingdom Hearts III has been circulating online before its official release. We are also aware as to how this has all happened. We’re sorry to see this caused concern amongst our fans who are excited for the release. The while team has been working together since yesterday night (Japan time) to investigate what we can do to better this situation, but first we would like to ask that you do not share these videos,” said Tetsuya Nomura in a recent blog post.

The reason why Tetsuya Nomura is asking everyone to stop sharing videos that contain spoilers from the upcoming game is that this will ruin the gameplay experience. Players want to experience the new content with a pair of fresh eyes and to be impressed by the new adventures that they get to enjoy. Unfortunately, this latest leak will make this impossible.

Kingdom Hearts III will launch on January 29th for PlayStation 4 and Xbox One. Let’s hope that Square Enix is able to contain the game data leaks and stop them from being released on the web until then. What’s interesting is that the Game Director said that his team knows what caused this leak, but he didn’t want to reveal what actually happened.