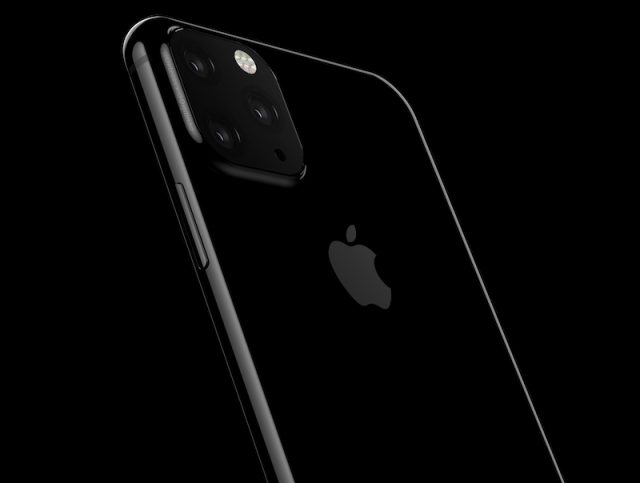 Now that 2019 is here, the only thing that all Apple fans are talking about is what to expect from the new generation of iPhones. Apple innovated the tech industry back in 2017 when it launched iPhone X with its unique full-screen design and it followed this trend in 2018.

However, Apple is now required to make some serious changes to the design, features and hardware power of the new iPhones if it wants them to become bestsellers because otherwise, no one is going to have a good reason to buy a new iPhone when their current daily carrier is just as good.

Fortunately for us and other Apple fans, the Indian website Digit has managed to get its hands on a press render of a rather unique looking iPhone. The leaked press render shows us that Apple is looking to equip the next-generation iPhone flagship with a three-lens rear camera setup.

If this proves to be true, then iPhone 2019 will definitely have what it takes to compete against iPhone XS Max and other flagship smartphone offerings from companies such as Samsung and Google.

This shouldn’t come as a secret to anyone, but smartphones are becoming more and more camera centric with each year. People love to take pictures with their smartphones and Apple is renowned for equipping its smartphones with the best camera setups available on the market. Therefore, the triple-lens camera setup shown in the leaked press render might prove to be true.

Another interesting thing that we want to mention about iPhone 2019 is that rumors are hinting that the upcoming smartphone will use “time-of-flight” depth-sensing technology that will help with augmented reality features. This is a really interesting feature and if proven true, it will surely give iPhone 2019 the upper hand over its competition.