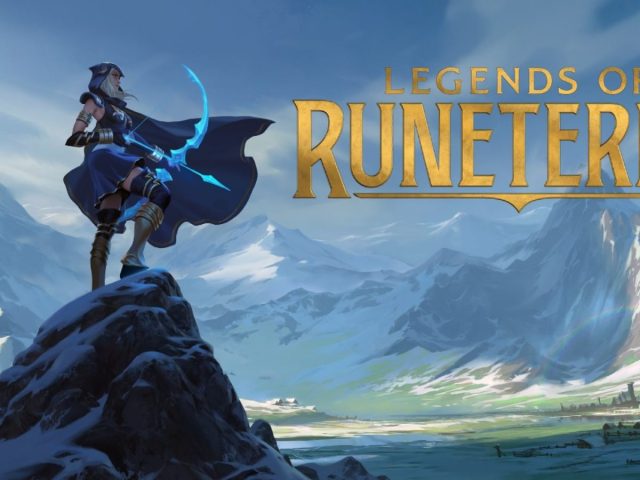 Riot is planning to take the gaming industry by storm in 2020 and there is no doubt about that! The game publisher doesn’t want to be known as a “one trick pony” anymore and it is now working on a bunch of games that are currently in the beta phase. You probably know about Valorant since it’s the most viewed game on Twitch, but this is not the only game that Riot is adding the finishing touches.

The game publisher is also working on Legends of Runeterra and in fact, a brand-new update has just started rolling out for the mobile version of the game. Without any further ado, let’s go ahead and take a look at the patch notes for the new update.

The latest update for Legends of Runeterra sports the 00.94.009 version number and since the game is in the Early Access phase, then it shouldn’t come as a surprise to find out that it introduces lots of major changes to the gameplay. Nonetheless, the update weighs in at 50.54MB and it is rolling out via OTA (over the air) channels.

Changes were made to Katarina, Yasuo, Draven, and Kalista in the 0.9.4 LoR patch to ensure champion viability. The adjustments are minor, but the changes should have a major impact on the overall metagame both before and after the new set arrives.

Nerfs, buffs, and clarity adjustments were also made to over a dozen followers in the 0.9.4 LoR update. A full breakdown of those changes can be found here.

A total of 14 Expedition archetypes were adjusted in the LoR 0.9.4 patch. A full breakdown of these changes can be found here. The team feels that Expeditions is in a “good spot,” and that the changes made involved refining archetypes while also mixing things up.

The LoR team also included information about what Expeditions will look like after the new set drops on April 28. At least seven archetypes are being added to the 24 that already exist, according to principle game designer Riot Yegg.

“We’ll add new primary archetypes for each of the new region pairings, so at least seven more archetypes added to the current total of 24, bringing the mode to over 30,” Yegg said. “When you take tri-region into account, there will be 63 different region combinations possible in Expeditions decks.”

Glimpse Beyond, Shadow Assassin, and Elise have been taken off the LoR watchlist. As has Frenzied Skitterer, after receiving a nerf in the 0.9.4 patch. Two champions have been added to the watchlist, though: Ezreal and Karma.

Ezreal builds haven’t reached a win-rate level that would justify an immediate nerf, according to Riot. The LoR team is aware, however, of the frustrations most players experience when going up against an Ezreal deck. Tweaks towards Ezreal are being looked into and an adjustment for him is on the way.

Karma has also been added to the watchlist, mostly because of strategies that have pushed her limits beyond what’s possible with one-turn kills. She’s not undergoing any playtesting tweaks at the moment, but Karma is being closely monitored by the team. A full rundown of the 0.9.4 watchlist can be found here.

Starting LoR from the lor.exe file via Windows in your programs folder (or from a shortcut manually created via that .exe) has been known to cause a crash. Riot is temporarily asking players to start LoR by using the shortcut creating during its initial install, or by using the Legends of Runeterra listing on your start menu in the Riot Games folder. The issue is expected to get fixed by the next patch.