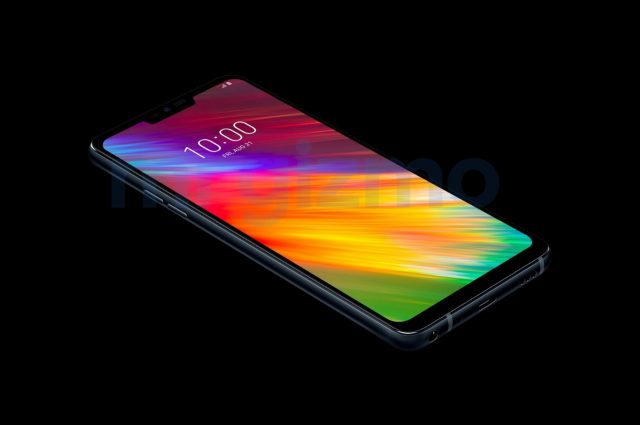 It’s been a long time since LG has launched a smartphone that can compete against the likes of Samsung and Apple, but this doesn’t mean that LG is giving up anytime soon. Rumor has it that LG is currently adding the finishing touches to a new flagship smartphone called Q9 and a brand-new leak that surfaced on the web brings some proof to that rumor.

As previously mentioned, the South Korean based tech giant is working on a new flagship smartphone and the device’s press render has been leaked. The smartphone looks amazing and some might even say that it’s an iPhone XS replica because of the way LG has installed the display top-notch. However, this is not a bad thing at all because iPhone XS is renowned for its sleek design.

Another cool thing that we can take from this latest press render is the fact that LG Q9 will use an aluminum chassis that makes it look similar to LG’s G7 Fit which was announced back in August. To make things even better, LG Q9 will also feature a metal back panel just like G7 Fit which is going to give it a premium feel.

The top-notch gives LG Q9 a sleek look and it it’s the place where the selfie camera, earpiece and proximity sensor are going to be located at. Moreover, the bottom side of the smartphone reveals a slot for the 3.5mm headphone jack that everyone loves, a USB-C port and a small speaker grill.

According to the rumor mill, LG Q9 will ship with a 6.1-inches display that uses Full HD+ resolution. Furthermore, LG Q9 will be powered by one of Qualcomm’s octa-core Snapdragon 660 processor that is paired with 4GB of RAM.