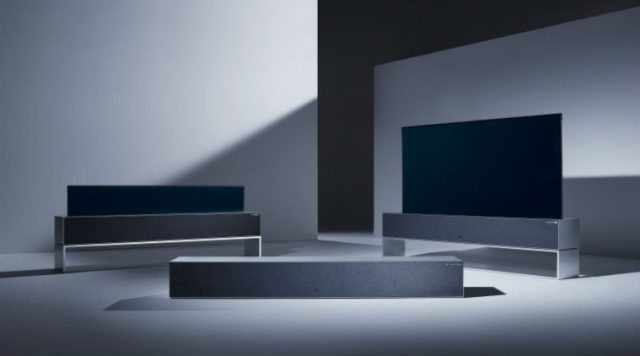 Even though LG has not been having that much success in the smartphone industry, LG is still one of the world’s leading tech companies and it launches innovative products every single year. Talking about innovative products, LG managed to get everyone’s attention during CES 2019 when it showed off its brand-new flexible 65-inches TV screen that can be rolled up like a sheet. To make the TV screen even more interesting, LG has made sure to equip it with a built-in soundbar.

LG has kept launching OLED TVs all throughout the years, but none of them can even compare with its latest one. The new TV screen was initially showed off during the 2018 edition of CES, but now, the rollable TV screen is ready to hit the markets.

The TV screen used OLED technology and it supports 4K resolution. If this wasn’t impressive enough, then you should know that LG’s new rollable TV screen also uses the webOS-based software that LG’s TVs are renowned for.

In addition, the rollable TV screen ships with HDMI 2.1 ports on the back and ht will support cool features such as Google Assistant, Amazon Alexa and AirPlay 2.

The feature that makes this TV screen stand out from the rest is its rolling mechanism. The 65-inches TV screen can be rolled up so that it doesn’t ruin the view in people’s living room whenever they are not using it. This is a really innovative feature that is going to give the rollable TV screen the upper hand over its competition.

We previously mentioned that the rollable TV screen ships with a built-in soundbar, but this is not the only thing that it does when it comes to audio quality. LG’s new TV screen can also accommodate a 100 watt Dolby Atmos speaker.