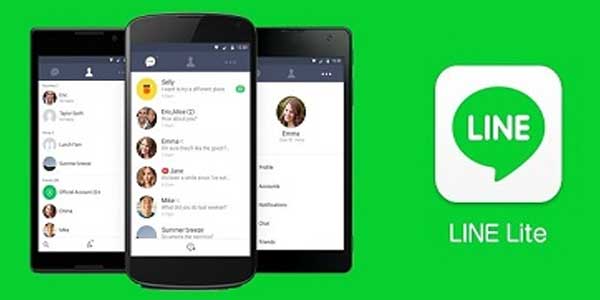 If you are searching for an app that is going to provide you with a premium and secure chatting experience, then you don’t need to look any further than LINE Lite. This is a highly popular app in the Android community that is renowned for giving users access to a plethora of cool features that make it easier for them to express themselves when communicating with their friends and family members.

Not just that, but the developers who are in charge of LINE Lite put a high price on user security and they are updating the app on a regular basis with improvements. In fact, a new update has recently arrived.

Even though LINE Lite is a lightweight app, it still benefits from full-fledged developer support. This means that the app is constantly updated with improvements and this is exactly what all LINE Lite fans can expect from the 2.10.0 update which has arrived earlier this morning.

The new update is changing LINE Lite’s version number to 2.10.0 and the developers are rolling it out via official over the air channels. Therefore, all LINE Lite users who are keeping their smartphones connected to Wi-Fi are eligible to access the update as soon as possible.

This latest update comes with a handful of bug fixes that are taking the software stability of the app to the next level, but that’s not all! The update also introduces support for sound stickers.

The sound stickers are a really cool feature that makes it much easier to grab someone’s attention. Furthermore, LINE Lite’s developers have also introduced a new feature that allows paid emojis sent by friends to appear in chats.

The last thing that we want to note is that LINE Lite’s new update can also be manually downloaded and installed in the form of APK (Android Package Kit). This is a special type of update and it can only be installed on Android-powered smartphones.