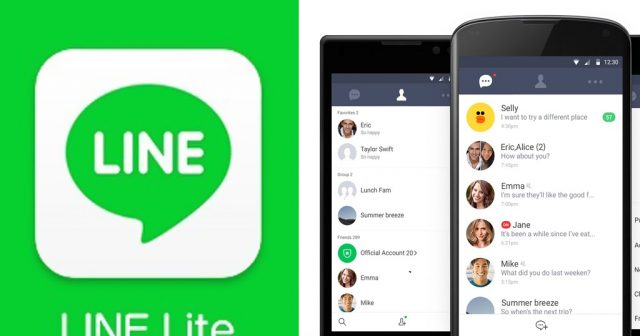 No one needs to send regular texts anymore because there are tens of premium chatting apps available at the touch of a fingertip. Even though there are many chatting apps which offer powerful features and a premium user experience, there is one that stands out the most. We are talking about Line. What makes this app stand out so much is the fact that the developers who are in charge of it are constantly pushing out software updates which are taking the performances of the app to the next level. To make things even better, there is a lightweight version of Line and it benefits from the same full-fledged developer support.

If you are a fan of Line Lite and all the chatting features that it brings, then we have some great news to share with you. The lightweight chatting app has just received a new update which sports the 2.9.1 version number. The update is rolling out via OTA (over the air) channels and we are advising all Line Lite fans to make sure to keep their smartphones connected to a stable Wi-Fi network so that they can download the new update as soon as possible.

Some of Line Lite fans might be disappointed to find out that the new update for Line Lite doesn’t come with any new features. However, the update makes up for the lack of features by introducing a handful of new bug fixes that are taking care of several issues which sometimes caused the chatting app to lag. Fortunately, this is not going to happen anymore and the overall software stability and performance of Line Lite are being taken to the next level thanks to the new update.