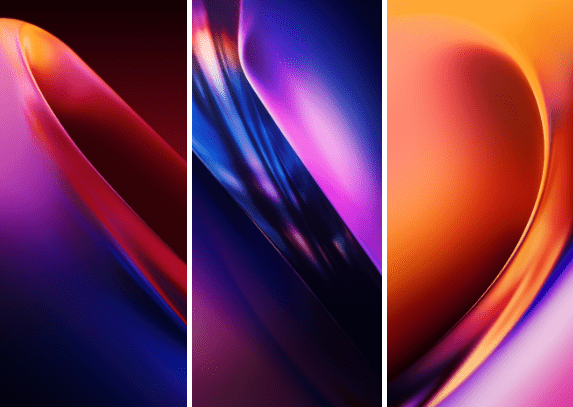 If you ever feel like you are getting bored with your smartphone and you don’t want to purchase a new one, then a fresh wallpaper is what you need. Using a fresh wallpaper is going to make your smartphone feel brand-new and with that said, we have some great news to share with OnePlus 7T owners. Hampus Olsson is the designer for wallpapers at OnePlus headquarters and he has just released three ones for OnePlus 7T that can be downloaded from his personal blog.

The designer is said that the three new wallpapers for OnePlus 7T have been created with Blender 2.8, rendered with the Cycles engine and then the finishing touches were added in Photoshop. According to Hampus Olsson, the approach to the new wallpapers was “Borderless and Speed”.

In addition, the designed said that “they have a sense of speed not limited to the screen, but kind of reaching out, creating a borderless sense of speed”.

Since are talking about OnePlus 7T, let’s go ahead and check out what are the highlight specs that the flagships smartphone has to offer. OnePlus 7T impresses us with a 6.55-inches display that uses Fluid AMOLE display technology which offers a pixel resolution of 1080 x 2400.

Moreover, the display features a pixel density of 402 PPI and an aspect ratio of 20:9. In addition, OnePlus has coated the display in Corning Gorillas Glass in order to enhance the overall durability.

OnePlus 7T is a beast when it comes to power. The reason why we are saying that is because OnePlus 7T is fueled by Qualcomm’s Snapdragon 855+ which is the most powerful mobile CPU available on the market. Furthermore, the CPU has been paired with an Adreno 640 graphics processing unit and 8GB of RAM alongside 128GB/256GB of internal storage space.