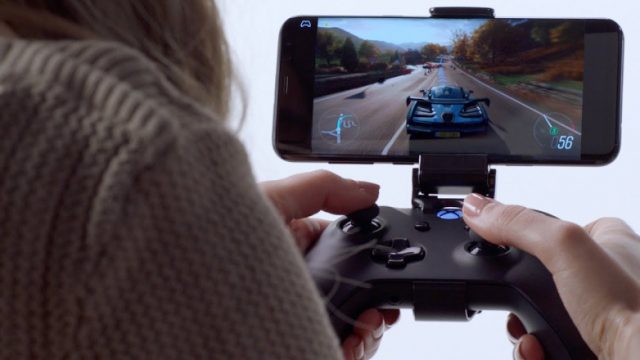 Did you ever wish you could connect your smartphone to an Xbox One Controller and play all the games that you like on that smartphone? As crazy as this might sound, Microsoft is making this possible with its brand-new Project xCloud.

Microsoft announced Project xCloud today and the service lets people enjoy console-quality games on PCs, smartphones and all other types of devices. Not just that, but Microsoft also announced that Project xCloud will be available to the public starting 2019.

The biggest problem that gamers have nowadays is that they can’t afford to purchase a high-end PC or a next-generation console in order to get access to their favorite games such as Halo and Forza. Well, it looks like Microsoft has found a solution to that issue and the solution is Project xCloud.

Project xCloud lets peoples stream gameplay directly from servers that are owned by Microsoft and thus, they never have to worry about not being able to play games in full HD or having a slow processor on their PC.

Microsoft is able to create this incredible service through the use of Azure. Azure feature customized hardware made from multiple Xbox One consoles and it can connect to data centers which are spread all over the world.

In fact, Microsoft is proud to announce that Azure already has data centers in more than 140 countries and that the number will expand in the upcoming future.

Latency is the Real Issue

The only problem that Microsoft needs to deal with is latency. The gaming experience would be ruined if there is any latency and Microsoft wants to make sure that never happens and its already testing the streaming service on networks that run on 10 megabits per second. Furthermore, Microsoft said that its goal is to make Project xCloud available on 4G networks.