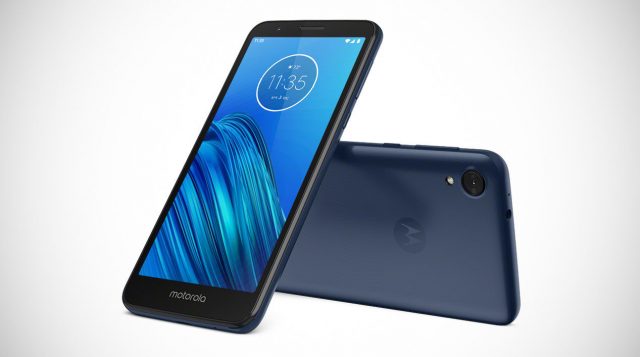 While smartphone such as Samsung’s Galaxy S10 might deliver impressive hardware performances, no one can deny the fact that they are also super expensive. A flagship smartphone costs somewhere around $1,000 nowadays and not everyone can afford to spend that much money on a handheld device. Fortunately, there are always entry-level smartphones to save the day. In fact, Motorola has just launched a new entry-level smartphone called Moto E6 and today we are going to present everything there is to know about it. Moto E6 As previously noted, Motorola has just launched the new Moto E6. The smartphone ships with a similar design to its predecessor, Moto E5 and unfortunately, it also comes with a handful of hardware downgrades. First off, Moto E6 is equipped with a smaller 5.5-inches display (in comparison with 5.7-inches) and with a smaller 3,000 mAh battery than Moto E5’s 4,000 mAh battery. On the bright side of things, has bumped the processor to a Snapdragon 437 from Snapdragon 427 and it has paired it with 2GB of RAM and 16GB of internal storage space. The improved CPU makes Moto E6 50 percent faster than Moto E5 according to Motorola. Official Pricing The reason why Motorola has downgraded so many hardware specs of Moto E6 when compared to Moto E5 is because the smartphone is super affordable. Motorola has priced Moto E6 at only $149 in the US and Canada. We think it’s safe to say that this makes Moto E6 one of the most affordable smartphones available on the market. We also want to add that Moto E6 is equipped with a new water repellent design. Although, this doesn’t mean that the smartphone is waterproof, just that it can survive a water splash or and light rain.