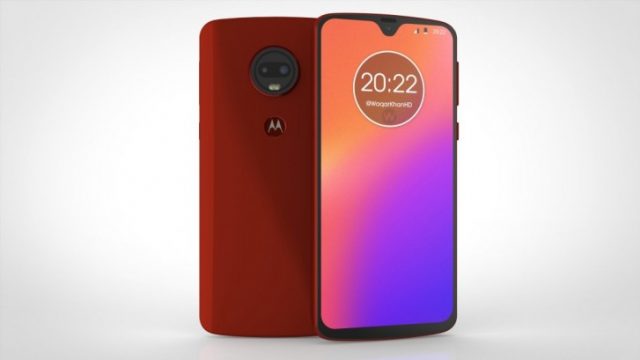 It looks like this month is a great one for smartphone enthusiasts. If you have yet to upgrade your smartphone to one of Apple’s latest iPhone XS or Samsung’s Galaxy Note 9, then you should be pleased to know that both Google and Motorola are expected to launch their new flagship devices this month. In fact, a brand-new leak showed up on the web and it revealed the key hardware specs that the next-generation Moto G7 will have to offer.

Keeping a secret in the smartphone industry has been proven to be impossible. Leaksters are always publishing new information about smartphones that have yet to be announced and this is exactly what happened to Motorola when Moto G7’s full specs sheet has been leaked. With that said, let’s check out what kind of hardware Moto G7 will hide under its hood.

Motorola will equip the new Moto G7 with a big 6.4-inches display. This further confirms that Moto G7 will hold the title of being Motorola’s next-generation flagship smartphone. Moving on, the display uses FHD+ technology and it puts out a pixel resolution of 2340 x 1080.

When it comes to hardware power, Moto G7 is shaping up to be a beast! According to the recent leak, Moto G7 is expected to ship with a Qualcomm Snapdragon 636 CPU that is paired with 4GB of RAM and 64GB of internal storage space which can be expanded up to 256GB via microSD card.

We should also mention that Moto G7 will be fueled by a big 3,500 mAh battery that will support turbocharging. This is great news for Motorola fans because it means that the new Moto G7 will be able to get a full charge in less than an hour.